The views floodlit at night in Toledo

Toledo at night transforms into magic

Toledo hidden in the labyrinth of the old town the secrets of a magical universe rich in legends, mysteries and ancient traditions, Y, especially, night view with night city tours that are a subject for tourists and visitors. The sleepless night is an incentive for the historic city and is the key to invoke the hidden soul of the city and get it to travelers and curious.

When night falls, Toledo becomes other views and gives the feeling of a magical transformation with the appearance of the moon. Lights and shadows of its narrow streets and corners, artistic illumination of its attractions, night rides bridges, squares with night music night tour that accesses unusual and mysterious Toledo places not usually open to the public. An extensive night drive through the mysteries of the magical city.

A night route Toledo it is imperative to finish the city meet. You can not visit a hurry, it's a mistake. Needed sleep in Toledo. The city is transformed at night because of its sublime lighting. In fact, routes in the setting sun are different. The maze of alleys catches you, listening to the legends, mysteries and curiosities that encloses the city that preserves within it the history of Spain.

You can hardly find in a city that offers world in the twenty-first century a perfect setting to tell what happened in their origins. without decorated, without atrezzo that maquille his true face. Toledo shows that he knows looking at the beginning of its history and sense. Without a walk in the streets of Toledo, without an initiatory tour inside, without feeling the weight of monuments or without being able to hear the silence of their caves, no one can say he knows Toledo. 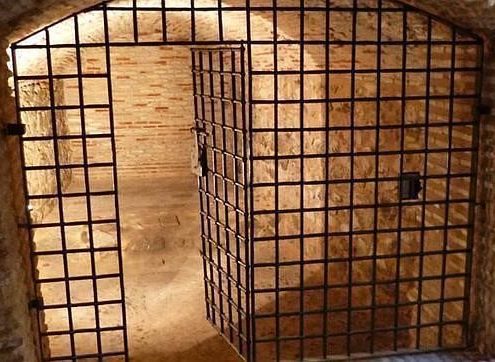 Perhaps his most famous route reserved and city. We visit a dungeon in the basement Toledano and hidden nooks and strangers walking city, along great monuments, steep alleys and mysterious places. It is the most varied route, in which we narrate a variety of unusual topics on the city, anecdotes and curiosities.

On this route we turn to 7 underground in the old town of Toledo. It also walks several parts of the city, these underground road. We visited are underground:

Underground in the Jewish quarter

You accessed four unusual and mysterious places on this route Toledo mysterious places not usually open to the public. A walk of about two hours in which not only delves into these four spaces, also it has some of the mysteries that we do not have on other routes. An extensive night drive through the mysteries of the magical city, visiting: the "basement of torture", "The tower of San Martín Bridge", "Roman Vaults on Calle Nuncio Viejo", The wishing well".

And to regain strength before or after the night visit to Toledo, nothing better than enjoying the cuisine scorching Toledo

Linkedin
Duels and losses, a plate with Don Quixote in the kitchen

Scorching Party Invitation 2018
Scroll to top
This site uses cookies to improve your experience. If you continue browsing we understand you accept its useTo accept Plus
Use of cookies
Necessary Always Enabled