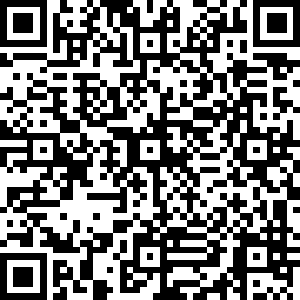 Toledo is the birthplace of Abrasador and this is the first own brand establishment. A perfect place for a meal, with daily menu prepared with meat and fresh foods own upbringing, tapas with friends or for group dinners with budgets designed as.

If you need to book we recommend you do it through the button “digital book” or the reservation call center. And if you want information you can dial the restaurant 925 21 24 21 and ask for Oscar.

Located on the Avenida Europa, 8 opposite the Parque de las Tres Culturas in Toledo. It has more than a kilometer wide avenue road service and free parking.

There is no need to access the old town, although it is a few minutes drive from the center.

History of the first restaurant in Toledo

Actually this is the place where he has written the history of Abrasador, Grill Restaurant in Toledo, specializing in grilled meats own parenting, which it has developed throughout the R & D to discover, year after year progress and developments and whet other grill restaurants associated with the brand throughout Spain. 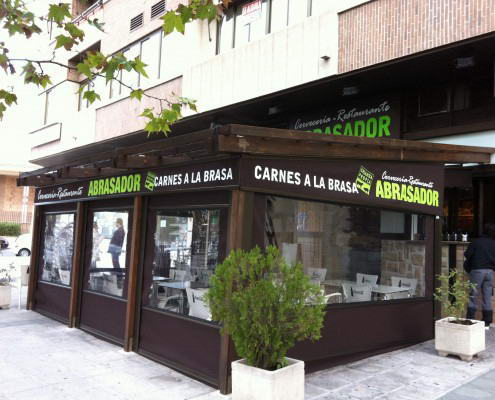 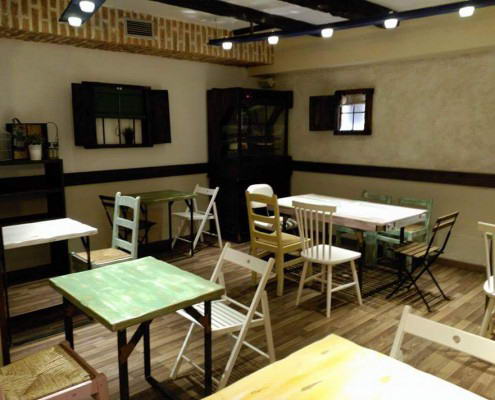 In the year 1994 It was opened for the first time Cafeteria, Brewery and restaurant initially called Young Europe. Four years later he opened the first steakhouse Europe Young, steakhouse already own parenting and on the same avenue as the first establishment. Following the success of this concept at that time Toledo City, already for end, in the year 2000 is born as such, the Scorching brand and a few months later and having carried out a major reform characterizing the property the picture identifying it as one of the best steakhouses, this first establishment, It was re-opened as Asador Abrasador.

Many customers who knew the family and coinciding with a period of no confidence in the beef market, They began to consume more meat which raised the family group in Menasalbas. That was how it was discovered that choosing meat directly themselves raised, all valued customers with the highest grade quality meat. 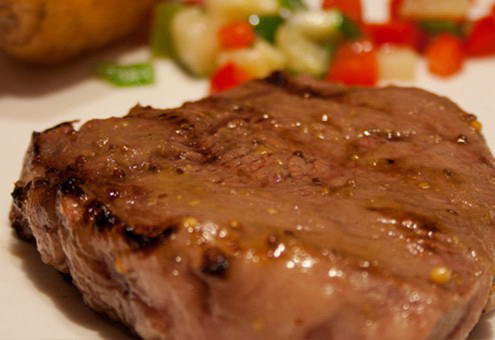 Anoja medallion of veal with honey and perfect touch of curry to grilled. 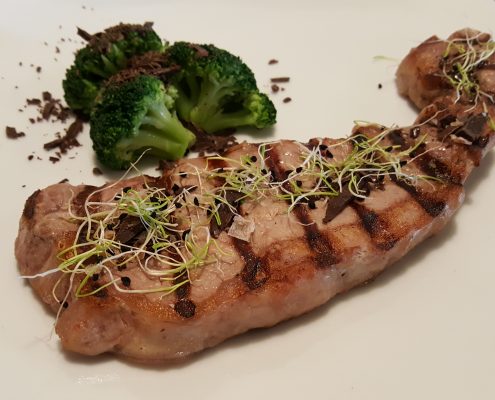 Beefsteak with fresh sprouts to Chocolate

Toledo This restaurant is the Motherhouse of the brand Abrasador, She has served to be developing and testing all types of meat that the family gave them from his people and since the beginning were contriving original cuts, being pioneers in the market by offering unreleased cuts. It is establishment at a time, He has served as a training school for Scorching Group and for all restaurateurs who have been associating the brand Abrasador.

A) Yes in each stage, he have tried different ways of preparing meat on the grill to discover the current "Know how" brand, Restaurant Grilled meats cooked in performing the closed coal furnaces of brand Movilfrit, Josper o similar. Using ecological shell charcoal compressed coconut that does not emit soot and dirt. 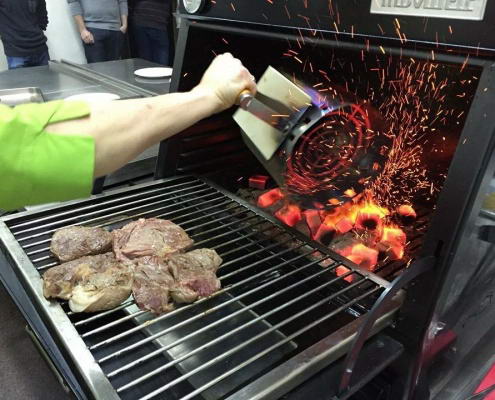 On Brasa in Restaurants Abrasador

This can have the best cooking system with which you can make a good quality meat.

Currently in Toledo founding partners have hall exploded in the industrial area from where serve all Spain, also through its online store. This transformer is where prepare all traditional and new cuts of beef and Iberian pork Own Crianza. 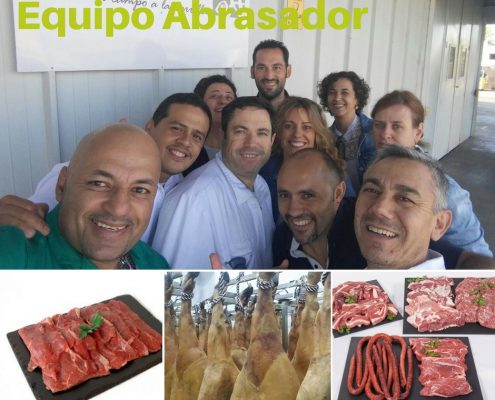 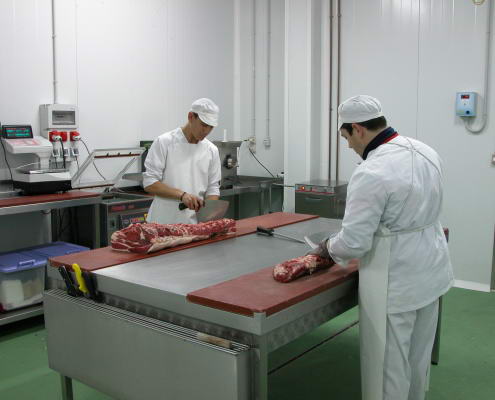 "Scorching Toledo restaurant is a different restaurant". So conclusive are the valuations of his assistants. This restaurant Toledano grill, in which the entry and top we can find high iron tables with wooden stools recycled colors, like walls recycled pallets, They are a landmark in grilled meat own parenting with more than 20 years of experience in restoration and 40 in livestock.

further, this brasserie founded by Ramirez brothers Way Scorching group in the imperial city, and the first of the brand partner restaurants. It has a nice dining Inspirational inside and a bar area.

Its urban terrace is ideal for grilled dishes taste the R & D group prepares, but you can also have breakfast or lunch. 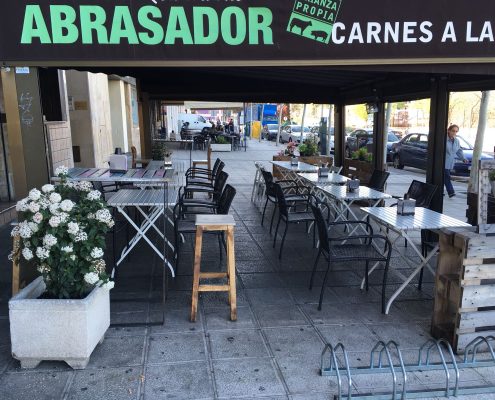 Regarding gastronomy, its specialty in grilled meat becomes so sublime, which may be present in the breakfast, appetizers, meals and dinners.

Its famous grilled meats can be enjoyed both in its dining, decorated with details of the typical country house, capable 45 people, on the terrace or brewery area Gastrobar.

Some of his most exquisite dishes are the grilled meat noble Anoja own breeding beef and Iberian pork, and other meats such as veal cutlet or Beefsteak and Iberian, as well as the newest cuts of meat Abrasador, because it is this grill restaurant in Toledo it is where disclosed all contributions R & D group. This way you can enjoy innovative cuts like "Iberian tenderloin tournedos", "Beef tataki with pistachio praline" or his new "lomo big grill". 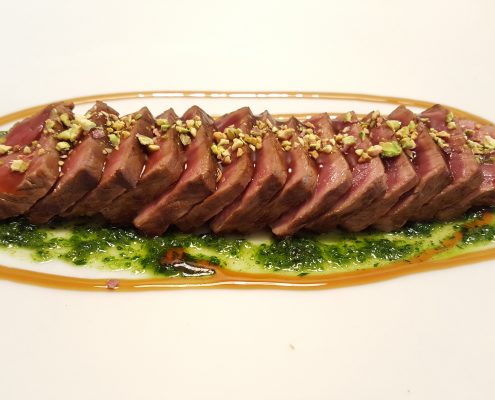 But their grilled meats or sausages also can find in your salads, snacks or "snacks". Did you know that you can also prepare a vegan dish?…Oddly if possible, and it is that your customer goes through to have everyone's taste.

The menu is so varied that scorching Toledo also it offers another wide range of economic and different possibilities to traditional, in which they are also specialists like potato fritters with bacon sauce and green sauce, sticky rice with mushrooms Iberian, tostas like beef and vegetables with thai sauce or porcini risotto with Iberian thieves. As you can see is very varied. 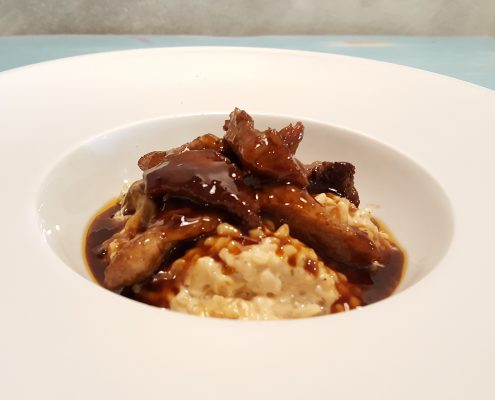 But if you decide to visit this Toledano Local, we recommend that you leave a gap for dessert, since their selection of cakes is famous among all those who like to end your meal with a sweet moment. 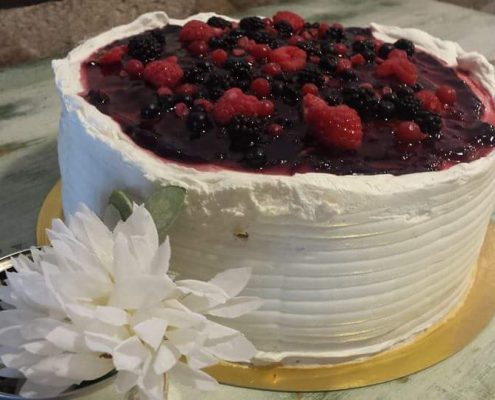 We leave the link to your letter where you can meet all your dishes, so you go planning your visit.