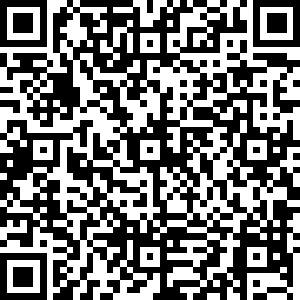 The Scorching Don Pedro restaurant offers the best grilled meats from its own upbringing. It has a nice dining room and a tapas and beer area with a fabulous summer terrace.. One of the most traditional restaurants of Dos Hermanas ago founded more than 40 years, where you can eat dishes with avant-garde touches and grilled by this family of entrepreneurs and hoteliers.

If you need to book we recommend you do it through the button “digital book” or the reservation call center. And if you want information you can dial the restaurant 954 72 20 22 and ask for Tony.

What to visit in 2 sisters

Restaurante Casa Pedro, Maria and Pedro founded it in the year 1979. Parents of a family of five brothers who are running this restaurant together with others now 7 catering establishments in Dos Hermanas, Sevilla. Three bars Restaurants Vista Social Club of Blue, The Portadas and Fernando Varela. Two cafes Verona, Coffee and more Sache 1977 Lounge Bar. All located in Dos Hermanas, Sevilla. 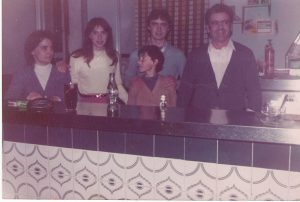 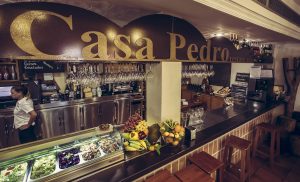 As a curiosity we can tell that the day 4 November 1979, day would open the restaurant Casa Pedro, Francisco Javier Dominguez was born Jimenez, the smallest of the five brothers and had to delay until the next day opening. So so we can say that he is one of those entrepreneurs who, never better said, He has suckled hospitality since birth.

All of them, five brothers, as entrepreneurs and business hospitality are a great example for Dos Hermanas, for Sevilla and for Spain, as entrepreneurs, as people and committed to improving every day this restaurant constantly updating to keep that passion and dedication with which his parents founded to feed the best dishes in this beautiful city stuck to Sevilla live, Two sisters. 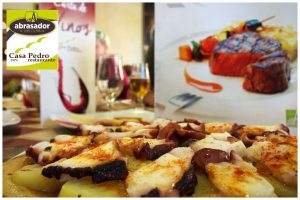 One of Octopus Scorching Casa Pedro

Casa Pedro restaurant specializes in serving as mains the best grilled meats own parenting since they knew the Ramirez family, Scorching founding a decade ago and. It is one of the longest-running brand associated with. 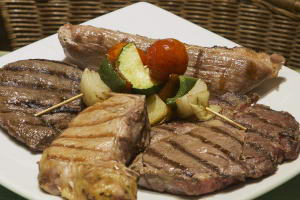 Have in your kitchen oven roasted with ecological coconut shell charcoal, made no soot and dirt and has three times more heating power than the oak. So you can taste all those grilled meat on a grill made of stainless steel with the right temperature to enjoy a proper juiciness and flavor. 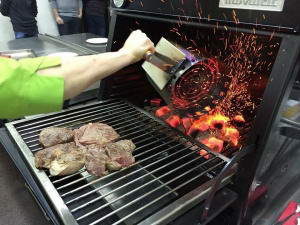 On Brasa in Restaurants Abrasador

Meats can accompany a good Iberian Ham Cebo de Campo also raised in their own farms, along with some other entries and salads with a touch of art designed by the same chefs Scorching group and commissioned by the great team of Restaurante Casa Pedro Asador Abrasador. 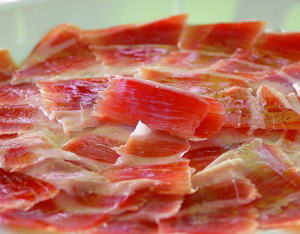