What to see in Pozuelo de Alarcón and surroundings

When Pozuelo de Alarcón is mentioned, his great quality of life comes to mind. The metropolitan city located to the west of Madrid continues to top the list of per capita income and life expectancy in all of Spain. But this municipality is much more than that and has its own history. In fact, Pozuelo de Alarcón owes its name, On one side, to the existence of wells and springs in its territory and on the other, to the surname of the one who bought the municipality, going from being Pozuelo de Aravaca to Pozuelo de Alarcón.

From its many beautiful parks to one of its most important natural areas in Madrid, next, We will detail a brief route through this city so that you do not miss any corner of the Madrid municipality. 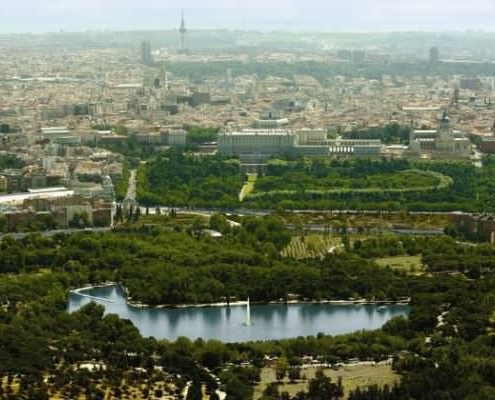 Even if you are not in Pozuelo de Alarcón, perhaps it is one of the most important visits given its proximity and importance. This beautiful historic garden and the largest public park in the municipality of Madrid is located in the Moncloa-Aravaca district. It limits to the south with the district of Latina and to the west with the municipal term of Pozuelo de Alarcón.

It is five times the size of Central Park in New York and 6,5 times bigger than London's Hyde Park. It arises from a country house of Renaissance origin, from which it takes its name, which was the historical property of the Spanish Crown and royal hunting ground. After the proclamation of the Second Republic, was ceded by the State to the people of Madrid on the day 1 May 1931, since then open to the public. The complex was declared an Asset of Cultural Interest by the Community of Madrid in 2010. It is the main lung of Madrid and also has an artificial lake that occupies an area of 80 150 square meter, with a volume of 158 637,41 cubic meters of water. 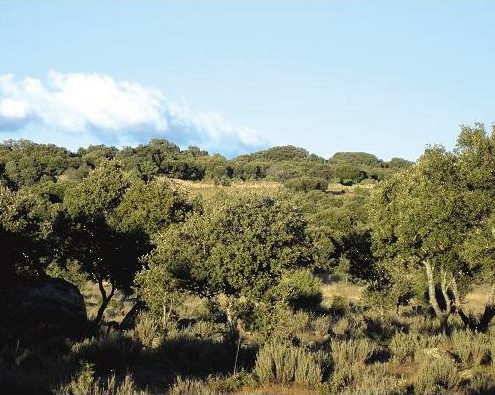 Following in Casa de Campo, This park was transformed into an extension of the Casa de Campo and became a hunting ground for King Alfonso XIII, given the abundance of different game species. It was in 1931, moment in which La Casa de Campo became the property of the Madrid City Council, when it was used as a recreation area for Madrid residents, until eventually becoming a rubble dump.

It is a large natural area, perfect to go with the family, enjoy a cookout, a quiet walk or play sports on its different routes, perfect for running or cycling. The surface of the park is divided into different zones, like the viewpoints, the riparian, the transitional forest, the lakes, the stay and enjoyment of public use, the road protection or nursery. further, you can do several perfect hiking routes. 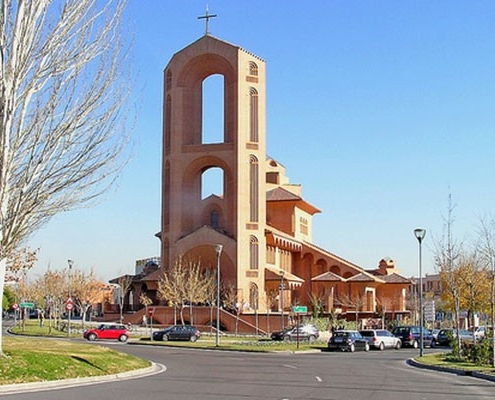 It is the main historical monument of Pozuelo de Álarcon. This Catholic parish temple was designed by the architect Fernando Higueras in 1955 and was inaugurated in 1999. Santa Maria de Caná Parish. Its construction is due to the trend of constructivism and its interior is structured in a Greek cross plan. 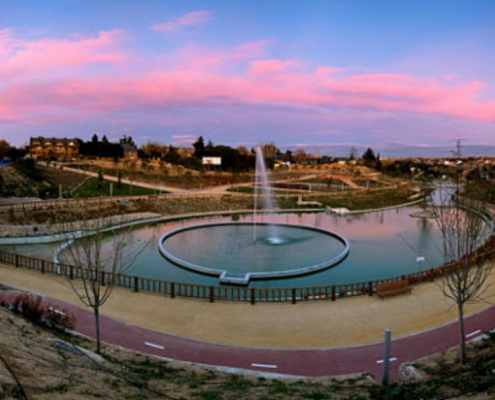 The most prominent parks in the city are Fuente de la Salud and Parque de las Caravacas. If we had to define Pozuelo with a color, that would be the green. And it is that there is no area of ​​the municipality that does not have a park or green area in its vicinity and that the neighbors can enjoy.. Son of the court, are the two most important parks in the 59 that treasures this beautiful city. 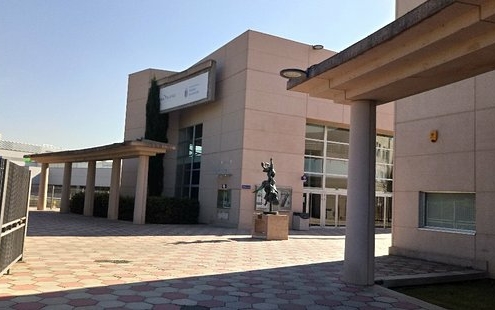 Pozuelo de Alarcón is a municipality in which the cultural offer has nothing to envy to any of the neighboring cities or of course to the capital. Shows and events of all areas and characteristics meet in the city. The municipality has different cultural venues, show rooms and meeting places for any act such as: 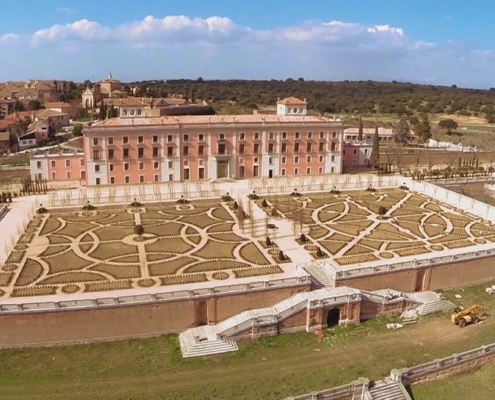 Palace of the Infante Don Luis

In the surroundings of the city there are outstanding points of interest in neighboring cities such as the Palace of Infante Don Luis in Boadilla del Monte. This building was built in 1765 by Ventura Rodríguez, one of the most prolific and outstanding architects of the Spanish 18th century, who thus conceived one of the most important works of Madrid's neoclassicism. In addition to the building itself, the palace integrates a very extensive and wild landscaped area to the east of the central nucleus of the population.

A little more withdrawn, To the west of Boadilla del Monte is the spectacular Regional Park of the Middle Course of the Guadarrama River. This territory is characterized by an acceptable environmental quality with areas of high ecological and landscape value, fruit of the diversity of environments and landscapes, in which species of flora and fauna find refuge. It treasures natural values ​​such as the Ribera forest composed mainly of willows, poplars and ash trees, that together with poplars and elms cover the banks and meadows of the Park. Another of the natural values ​​are its rainfed crops that give rise to the appearance of a new ecosystem.

further, Pozuelo de Alarcón has quality gastronomy and a restaurant that lives up to it is Scorching The Abuelito, since it has cuts of high-quality self-raised meat and dishes with avant-garde touches for you to enjoy a meal, with daily menu prepared with fresh food, tapas with friends or for group dinners with budgets designed as. 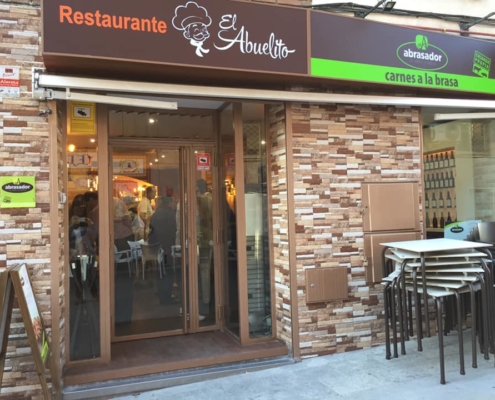 Linkedin
10 things you cannot miss in the center of Madrid

Elche, much more than the city of palm trees
Scroll to top
This site uses cookies to improve your experience. If you continue browsing we understand you accept its useTo accept Plus
Use of cookies