As its name suggests, according to him historian José Montesinos, Calloused means "beautiful place", word from the Greek. This municipality located in the Baix Segura de la Valencian Community is marked by the profile of the sierra, declared place natural. Its extensive historical heritage. scattered throughout the city, make which is one of the most outstanding municipality of Vega Baja. House Belenista, which houses a museum with a rich collection of births and figures of the Bethlehem It is one of the most popular civilian buildings.

Another of the most historic civil buildings and of interest is the Real Pósito. This monument is a repository of cereal municipal character, whose primary function was to make loans cereal in reasonable conditions neighbors needed. The new granary built in 1790 and it is located at the entrance to the town, along the road leading to the neighboring town of Orihuela.

the Granary, It was constructed with avituallar purpose of the population. Furthermore was an institution whose object It was storing tools and farm implements and grains supply the neighbors, especially in times of shortage, both the planting and for the own consumption of the population. The sense of this was and free them from falling into the hands of usury and speculation hoarders. Thus they could alleviate crop failures and crises subsistence. On the other hand also it gave the option to sell the surplus the callosinos farmers reap what in turn led to the development of a weekly market. Despite its mere functionality as a grain store, presents notable architectural and artistic values.

Besides these two buildings Historic civilians, Callosa de Segura treasures and other tourist attractions great story given its tradition as is the Cañamo. The municipality boasts a Hemp Museum because it wants to keep the memory alive for the cultivation of the Hemp has largely been lost by the introduction of the fibers synthetic. Treatment of hemp is traditional Callosa of the Segura from the Middle Ages.

On the other hand, Old Town from the city, located at the foot of the Sierra de Callosa, It maintains its structure the medieval and modern times. Within it is the most buildings of historical and cultural interest: Archpriest Church of St. Martin. Archpriest Church San Martin Obispo, It is undoubtedly the greatest building historical and architectural value of our city as evidenced by the fact It is having been declared National Artistic Historical Monument by Royal Decree 2865/1980 of 14 of November.

The present temple is the second of the buildings on the same site have risen in honor of his headline. The origins of the Church of St. Martin back to the 11 of November from 1265, when King James I the Conqueror temple dedicated to the mosque Christian, and the match on the entry of Christian troops with Feast of St. Martin, the name of the saint made the first temple Callosa de Segura. Then came a Gothic temple, whose existence lasted from 1281 a 1494, it would be of a single ship. Gothic church that disappeared, it started to build the current factory work, qualified as a work capital of the Spanish revival. the name of the architect who designed the plans is ignored, Although the main work was completed in the year 1553 by the master Alonso de Arteaga, as testified by a plaque on the original facade. long time spent on the construction of our temple has allowed in it are represented various artistic styles: Gothic, Renaissance, Baroque and Neoclassical. This church is like traveling back in time.

But it off, calloused Safe treasures some notable gastronomic specialties and why It is as varied as are its landscapes and products. It is typically Mediterranean, with old recipes and nutritional habits that have remained unchanged for centuries; where recipes blend the kitchen Traditional and modern. Definitely, delicious dishes found in each of the bars and restaurants of the town, as restaurant scorching Niagaras that holds all kinds of specialties of the municipality as the "rice crust", "Bacalao meneao", "Porridge with arrope", or "Almojábanas callosinas". Furthermore, this restaurant specializes in meat embers own upbringing as Anoja beef and Iberian pork bait field. It features dishes like grilled supreme, Beefsteak or Iberian secret grilled. 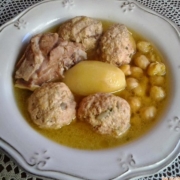 Traditional dishes from the Vega Baja of the Segura 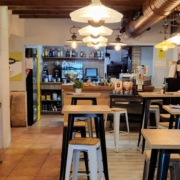 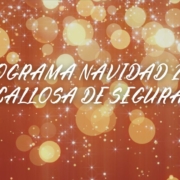 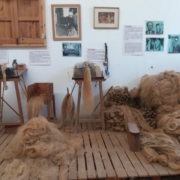 The tradition of hemp in Callosa de Segura
0 replies

Valentine menu in Niagara's Scorching and restaurant Morote
Scroll to top
This site uses cookies to improve your experience. If you continue browsing we understand you accept its useTo accept Plus
Use of cookies