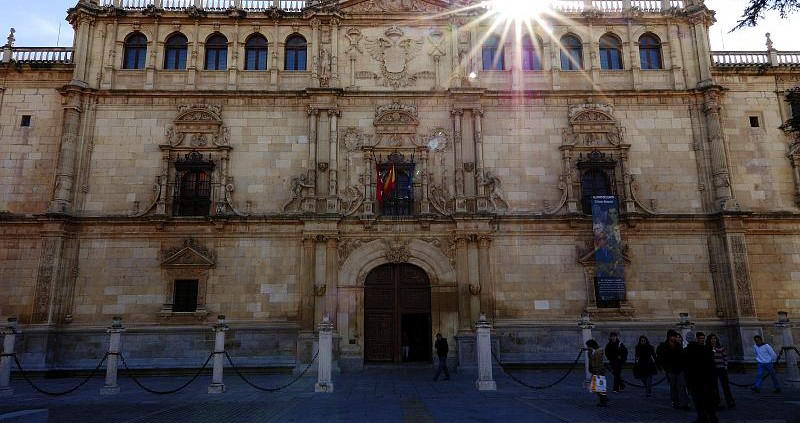 Alcalá de Henares it is known for its wealth and variety of buildings of historical value. In fact, its name comes from the meaning "castle on the river Henares" and hence the city's coat of arms floats on some odes of water that simulate this river. 22 Anniversaries celebrate this year the city declared a World Heritage Site by UNESCO, thanks to the birthplace of Cervantes, Crucible of the three cultures and place where Christopher Columbus met before leaving for America. So many stories and monuments keep this city that deserves to highlight the most important ones to visit it and enjoy a unique experience. 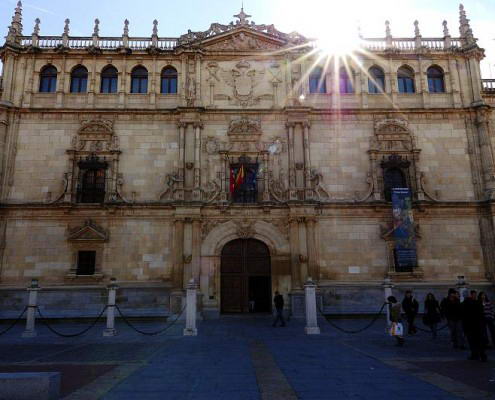 If we had to choose to visit a single monument it would be this, since it is one of the most significant in the city. The main building of the university education receives the name of "Colegio de San Ildefonso". It was founded by Cardinal Cisnero in 1499 gaining crucial importance for the claim of the city and worth visiting, even if it has a cost of 4 euros. As you can see, its facade is spectacular and you can also visit the Paraninfo (University Theater). 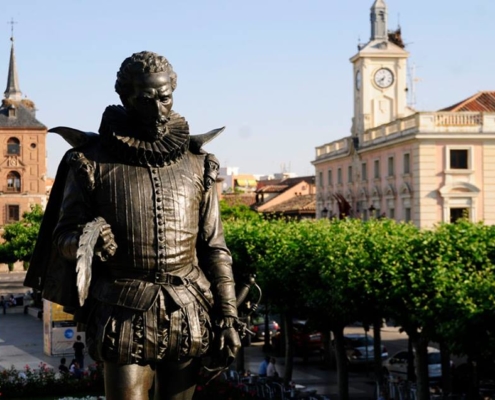 Alcalá de Henares, Of course, treasures many honors to Miguel de Cervantes, writer and fundamental piece in the history of the city. The Plaza de Cervantes is the old Market Square, where many years ago it was marketed during the days for it and that also served as a location to fight and settle the patron saint festivals and fairs. Very close to the square, to the left are the ruins of the old parish where the writer was baptized, since it should be remembered that Miguel de Cervantes was born and lived his early years in Alcalá de Henares, that is why there is a sculpture of him in the center of the square. For everyone it is the epicenter of the city since the medieval walls were demolished. 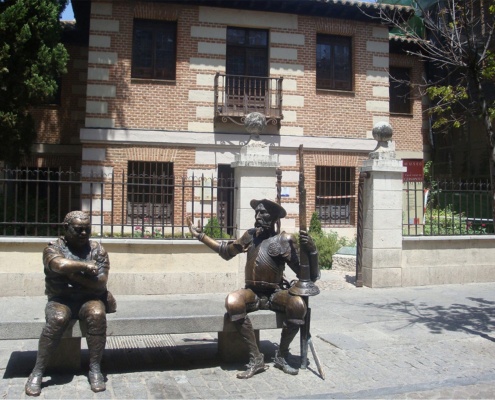 Continuing with the illustrious writer, we can also visit your home, the Birthplace of Cervantes. Although other cities discuss whether it was this city where the writer was born, on the main street, currently Museum of the Autonomous Community of Madrid. Despite its facade, it has a colloquial aspect, its interior is impressive. The museum also has an important bibliographic collection of Cervantes editions from various eras and languages. 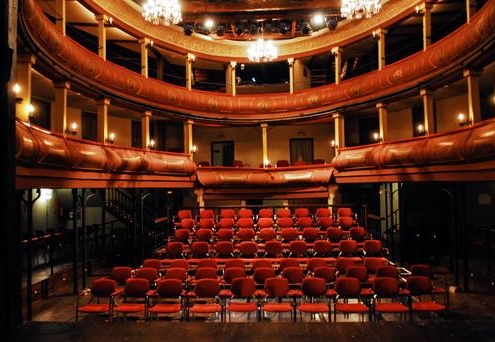 Unnoticed by many tourists, the city's Corral de Comedias is one of the oldest in Europe. It is in operation, even though it was about to be collapsed. It was even a Romanesque theater, movie theater and colosseum. It was created by the architect Francisco Sánchez with a Renaissance and neoclassic architectural style with a capacity for 2201 people. His trajectory amounts to 419 years since its opening was in 1602.

Cathedral of the Holy Children 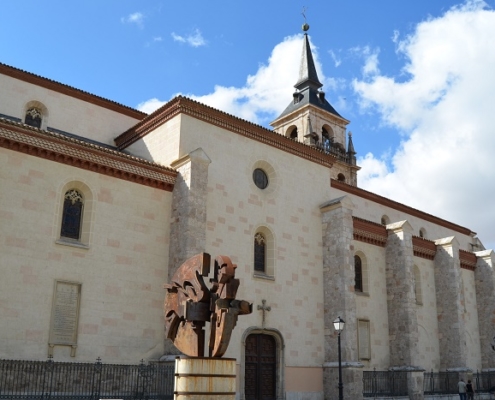 Cathedral of the Holy Children

In this square, according to the tradition, Santos Niños Justo and Pastor were executed for defending Christianity, where a chapel was built to house his remains. In this very place, years later, the current Cathedral-Magistral de los Santos Niños was built. 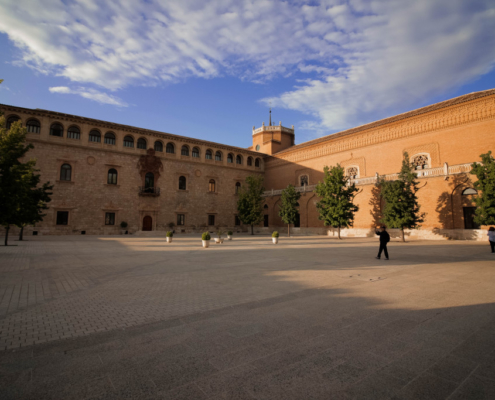 It is a fortress palace located in the historic center of the city. It is currently the seat of the Diocese of Alcalá de Henares. It is located in the Palace Square and is part of the monumental complex declared a World Heritage Site by Unesco. It caught fire after the Civil War destroying the General State Archive.

After passing through all the historical monuments of the city, in Alcalá de Henares also noted for its excellent gastronomy and one of the restaurants that best honors it is Scorching restaurant Casa Benito with a supreme cuisine in dishes of the area and treasures a grilled meat of its own breeding both the yearling veal and the Iberian field bait pig. 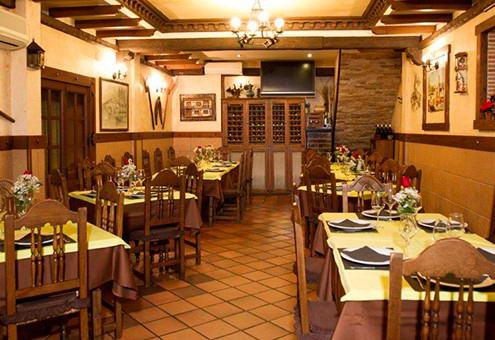 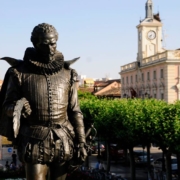 Illustrious figures of the Cordovan Subbética
Scroll to top
This site uses cookies to improve your experience. If you continue browsing we understand you accept its useTo accept Plus
Use of cookies