The province of Toledo covers many regions. Until 10 the form, La Mancha being one of them. It is called a kind of macro-region due to its extension and presence in several provinces. For some strangers, since they only know La Mancha as a generalized term of Autonomy, but nevertheless this region constitutes one of the most extensive regions of the Iberian Peninsula.

In this sense, and how could it be otherwise, La Mancha is well known for the publication and success of Miguel de Cervantes's novel about Don Quixote de la Mancha. In fact, the region also gives its name to appreciated agricultural products, like Manchego cheese and the sheep breed from which it comes, or the wine, saffron and melon from La Mancha.

And if that was not enough, This region also offers architectural arguments and areas of interest so that it can be visited and thus broaden the thought that La Mancha is the inspiration for Cervantes or agricultural products.. Is much more. It occupies part of the current provinces of Albacete, Real city, Cuenca and Toledo.

There are many municipalities, cities and provinces that comprise this extensive region and some of the most important corners and places of interest of the region in the Toledo area have been summarized below..

The municipalities that buy this region of La Mancha Alta de Toledo are the following: They are the municipalities of: Priory of San Juan: Camuñas, Consuegra, The Romeral, Madridejos, I want, Tembleque, Turleque, Villacañas and Villafranca de los Caballeros.

Here we show you the highlights of this Toledo region…

This La Mancha town is one of the most important municipalities in La Mancha de Toledo and during its history its great economic boom is due to the agriculture of the villagers and industries linked to the flour and wine factories.. But if there is one aspect of the town that stands out, it is undoubtedly its underground houses of popular architecture., called silos, in which the most humble families lived until the middle of the 20th century.

In fact, Some of the most interesting places to visit is the Silo Ethnographic Museum. It was created to accommodate conservation, research and dissemination of traditional culture of our town.

Another aspect to take into account in this La Mancha town is its famous and numerous lagoons. Until five wetlands how are the long lagoon, Laguna de Peña Hueca Nature Reserve, Laguna de Tirez Nature Reserve, Laguna La Redondilla and Laguna La Gramosa and add an area close to the 380 hectares of floodable surface and an area of ​​actions of 1.200 h.

Consuegra windmills, symbol of the town of Toledo

Known for its many windmills, has become a benchmark for Spanish tourism. Up to twelve windmills are nestled at the top of the hill, due to their great position for the activity they perform. like curiosity, one of the twelve windmills is called "Sancho" and still works in a traditional way in Consuegra.

Other windmills are dedicated to another La Mancha theme and many others refer to some of the chapters of Don Quixote. The Rucio mill preserves the original machinery from the 16th century and is the only one in Spain that offers daily grinding during 300 days a year. But Consuegra also offers much more than windmills as are other places of interest such as the Plaza de España from medieval times or the castillo by Muela.

This last architectural work is one of the best preserved in Castilla-La Mancha. Muslim fortress of yesteryear, it is renovated both inside and outside. The structure of this castle is unusual. It is made up of a square central structure with a large cylindrical tower on each of its sides.. The enclosure is surrounded by a barrier of which there are only remains in the part that faces the parade ground. 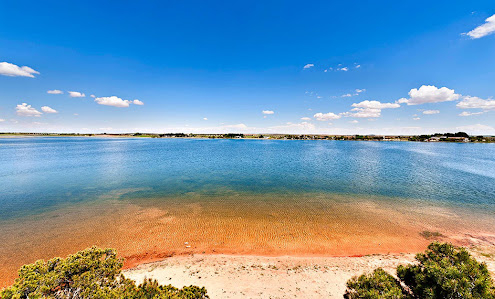 Considered an oasis of life, water and nature stands out for its extraordinary refuge for fauna and especially for birds. This natural reserve is the Laguna Grande, of great importance for the studies of ornithologists and, Secondly, the Big Lagoon, wetland of great extension in La Mancha and that also offers recreational activities such as wetland of great ecological importance, It is a place of pilgrimage for a good part of the year for ornithologists from all over the world who focus their attention on the Laguna Chica, while the Laguna Grande –one of the largest in La Mancha– offers a wide range of recreational activities such as boats and canoes. 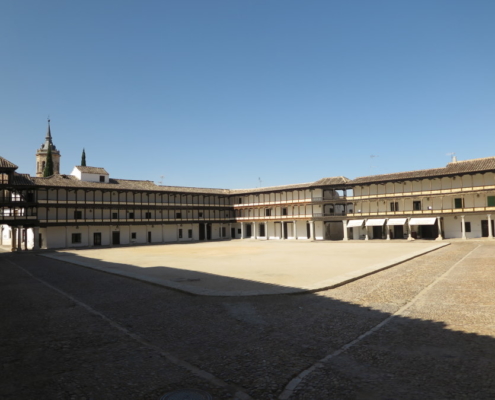 Following in these towns, Tembleque boasts one of the most beautiful squares of all the municipalities, such as the Plaza Mayor. Located in the 17th century province of Toledo, it is one of the most charming places, a true La Mancha space. Several years ago it was used as a bullring, whose facades of the squares are still in the same structure with a box of authorities and two floors with galleries.

Once you visit La Mancha you will not be able to resist trying its delicious dishes, Manchego wines and cheeses. Even try the best pistachios of the world that are in Villacañas. In fact, this delicious product can be found in an excellent gastronomy of author as is that of Restaurant Abrasador El Capricho de Los Torres, a magnificent restaurant with avant-garde and traditional cuisine where Carlos Torres, Scorching chef advisor and trainer puts his stamp on every dish. 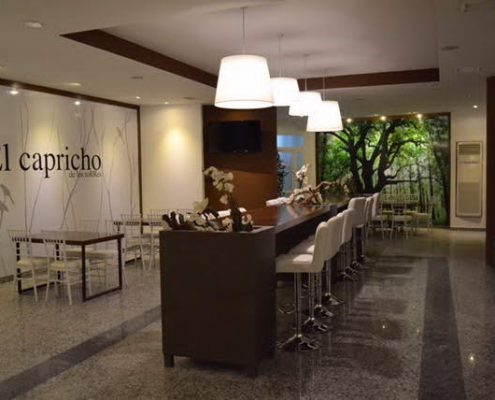 Linkedin
History of the Hanging Houses of Cuenca

The transformation of the Circular square
Scroll to top
This site uses cookies to improve your experience. If you continue browsing we understand you accept its useTo accept Plus
Use of cookies