Murcia has always been considered a historic city known for both its monuments, between most notably the Cathedral, as the illustrious and historical characters born and lived throughout their history in the city. poets, military, condes, reyes,  nobles; many of these separated by the weather, but always with the root of Murcia as a common denominator. highlight some of the most important for the city.

The main contribution of this cradle of many characters has come from the world of art, specific painting, literature and sculpture, among which include Pedro Flores, Luis Garay the Costa Almela. However, national policy has also had among its ranks men murciano important source, as Saavedra Fajardo, Count of Floridablanca.

Jose Monino Redondo, best known as the Count of Floridablanca, He born in Murcia in 1728 and he studied at the Seminary of San Fulgencio and so alone 20 years he earned a law degree and license to practice in the Tips and Courts of the Court. In 1766 He was appointed Fiscal Council Castile. The Council of Castile represented in the eighteenth century virtually all the power of the kingdom: was legislative body, political and administrative council and high court civil and criminal justice.

Shortly after, in 1772, Grimaldi, then prime minister of Carlos III, He proposed this as Ambassador Rome and that is why King, as a compensatory act, requested name his farm Floridablanca. Five years later, He served as Prime Minister of the King, where was 10 years and it was pleasantly held in his hometown, Murcia.

Antonio Gálvez Arce, better known as Antonete Gálvez, He was born in the hamlet of Murcia Torreagüera 29 June 1819, within a family of farmers. He spent his childhood in the garden, working Earth to help his family, while he is learning to read and write at night. This part in consipraciones Progressive Party, and in 1854 Murcia entered leading a group of men recruited in the garden, achieving and the triumph of the revolution in this city.

However, two years a royal regiment restored the previous status quo and forced to train their weapons to the National Military, authenticates strike force of progressive since its inception. Gálvez, without embargo, he persevered and 1868 It dedició support the progressive pronuciamiento General Prim, which it was made shortly after control of Cartagena and Antoñete control of Murcia, thus giving the triumph of the insurrection in the province. One year later, Antonete starring the iconic Republican uprising in the Sierra de Miravete, having exiled to Oran(Algeria) After his failure, to return in 1870 thanks to an amnesty.

Independiente was the fourth Umayyad Emir of Al-Andalus and founded the city Murcia along the river Segura. gracious monarch and lover culture and peace, He managed to give Al-Andalus one of its greatest periods prosperity and tranquility, strengthening the rule, collecting taxes, promoting culture and making numerous public works, as the expansion of the Mosque of Cordoba.

Despite this atmosphere of peace, the reign Abd al-Rahman II was not without some social conflicts, especially starring Christian martyrs, They are protesting the policy pro-Arab emir.

Considered the best diplomat history, Diego Saavedra Fajardo, and one of the historical figures most important murcianos of the Modern Age. Diplomat and writer, fundamentally political, represented the Spanish court in Europe during the XVII century. In fact, Saavedra participated in the complicated negotiations ending the Thirty Years' War. In the world of literature was Contemporary authors called Spanish Golden Age.

This painter was born in Murcia (Nonduermas) the 17 September 1893 and he was known for portraying landscapes Murcia, and customs popular and still lifes. His painting is distinguished from its referent Solana and closer to their environment, society in which he lives, through everyday scenes and the people who finds his way.

From his childhood he had a great interest in painting and 12 years she is working as an apprentice in a shop Grocery Juan Antonio Garrigós, where he met Pedro Flores and this He began working in a lithographic workshop, learning photographic techniques retouching. In 1930 he received a scholarship by Pedro Flores and Ramon Gaya and exhibited in Paris, in the gallery Quatre Chemins and in the Salon des Independants, However he returned to his city native, because he missed his homeland and decided to never leave more. In fact, when the School of Arts was inaugurated and Crafts of Murcia was appointed Professor of Artistic Drawing until Civil War broke out and could not exercise this role during the war. In 1943 Villacís he was awarded the prize for his work "The Artist's Family" and in 1956 He died of respiratory problems at his home in the street Glory.

Between visiting historical monuments and knowledge about the lives of these historical figures, We propose the visit to Scorching Canovas, specializing in grilled meats Anoja own breeding beef and Iberian pork bait restaurant field. further, also it offers local cuisine such as salad murciana, paparajotes or different rice dishes typical of the city. 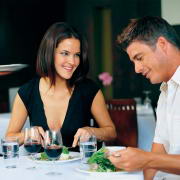 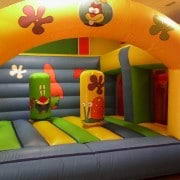 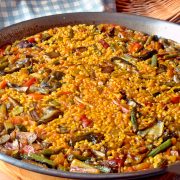 5 rice you can not miss in Murcia 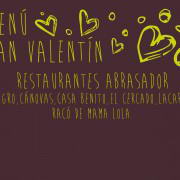 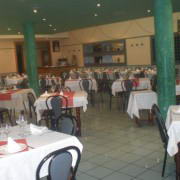 Reasons why you should visit Scorching Canovas 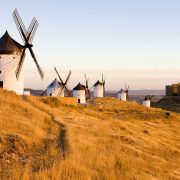 The historical figures of Toledo
Scroll to top
This site uses cookies to improve your experience. If you continue browsing we understand you accept its useTo accept Plus
Use of cookies
Necessary Always Enabled