Menasalbas which it belongs to the natural region of the Montes de Toledo, It is a cattle town, focusing its activity, preferably, in animal husbandry and beef, nearly a 100.000 heads, a pig 18.000 heads, a sheep 5.900 goat heads and a 1.900 heads, you make them one of the main producing centers meat Castilla la Mancha.

And these figures will understand that most families are related to such activity, and as the Ramirez Family Way, founders of Scorching group as well. But today we talk about the big brother, José María Ramírez Camino, 49 years, He born in Toledo, lives in menasalbas.

He is the older brother of this family 5 brothers. Its people describe him as tenacious close, employee, with personality, responsible, loving your work, and much more, that they have made today want to bring him to describe us your day as livestock, and we serve as an example of many farmers are there in the town of Menasalbas. 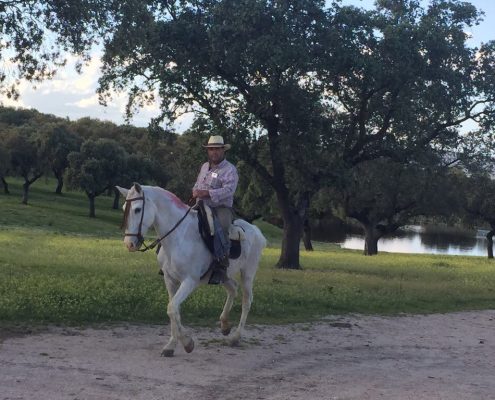 "Jose" which is how they call their family and friends, since very little was determined to learn the trade of his father's hand. And just as I have emphasized thanks to their effort and tenacity allowed him to create his own company in livestock 1.999.

Today, 19 years later his company consists of the following: 450 Belly cows and 17 stallions spread over Hijavaca and Extremadura in Malpartida Finca Finca colt of Caceres and La Pilarica in Torrejon del Rubio. And other 950 Veal heads bait Menasalbas in Cañada La Mansa exploitation. 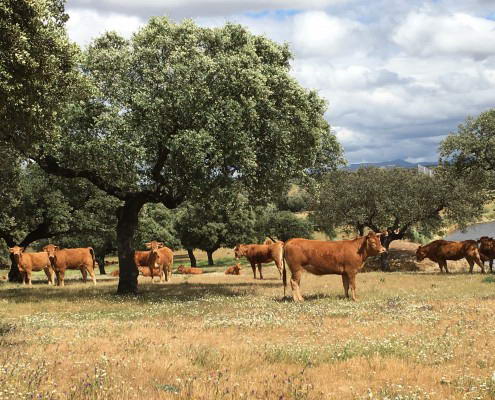 Cattle on farms in Extremadura 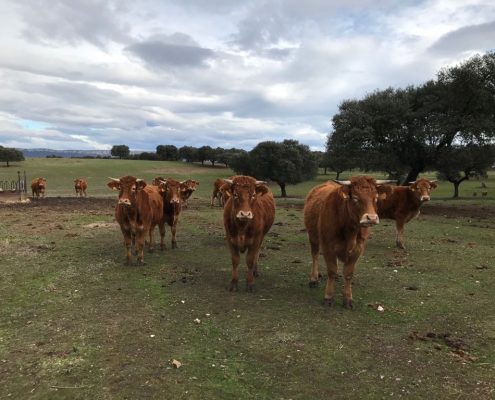 Currently most are destined for export to Libya, Lebanon, Algeria, etc… And the other part is intended for slaughter Montes de Toledo, of the family are partners, and other slaughterhouses Peninsula.

The majority genetic selected for production of beef is crossing limosin and Charolais.

José María tells me that in a small business however is considered the most important of all,… ORGANIZATION, ORGANIZATION AND ORGANIZATION.

His work makes really enjoy the “art” of the purchase, because he was very good at, and get buy good quality / price. And I say “art” because it is a real spectacle for people who are not linked to this, see how it trades in this sector, and how the word is still valid in a deal.

He is proud to see how slowly getting what is proposed, and see how it sets goals and sooner or later are accomplished.

One of his great dreams fulfilled a couple of years is to have your own farm. It is clear that when you're in the right tune, They appear to you along the way opportunities that take you to achieve your dreams. Jose Maria the most important has been able to have his own farm over 400 hectares which has much of the production of cows and cattle life, and holding for black pigs of acorn. 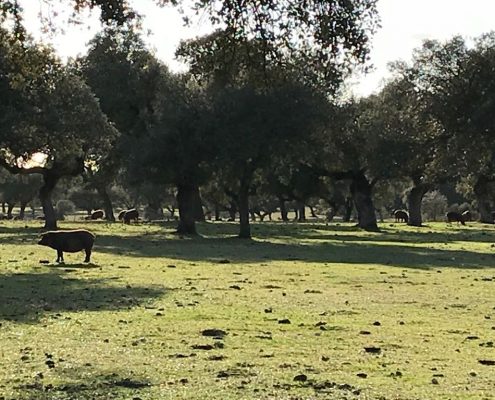 Iberian pigs in Extremadura estate of the family Abrasador

Jose ended the interview with two surprising things, it clearly has the projection of your company, and tell me everything that does not need any data excel where to look.

Scorching history and specialties Restaurant Graná
Scroll to top
This site uses cookies to improve your experience. If you continue browsing we understand you accept its useTo accept Plus
Use of cookies