The cuisine of the province of Toledo is the cuisine of Castilla-La Mancha more identified with Castilian cuisine. It is a dry kitchen. Among the dishes prepared with small game hunting partridge is the most characteristic of the province. Toledo cuisine with Mediterranean flavors Capital brings echoes, Romans, Visigoths, Arabs, Jews, Christians, palaciegos, Country, quixotic, conventual. It not by chance was in Toledo where the first treatise published in Spanish cooking and Toledo was Spanish capital of gastronomy during the year 2016.

Toledo will certainly leaves a good taste in every way, thanks to our heritage, history, legacy and of course our cuisine. In Toledo, as the birthplace of quality cuisine and character, toledanos many more dishes and you can find manchegos. Then, we detail some of the highlights of the province.

Simmered with garlic background, onion and bay leaf, braised partridge is for many the jewel in the crown of gastronomy and typical dishes of the Toledo cuisine, despite its simplicity. In this recipe, the raw material, point vinegar, wine and herbs are the elements that make a difference. Wealthier or classified as excellent partridges are less than one year, known as pellets. 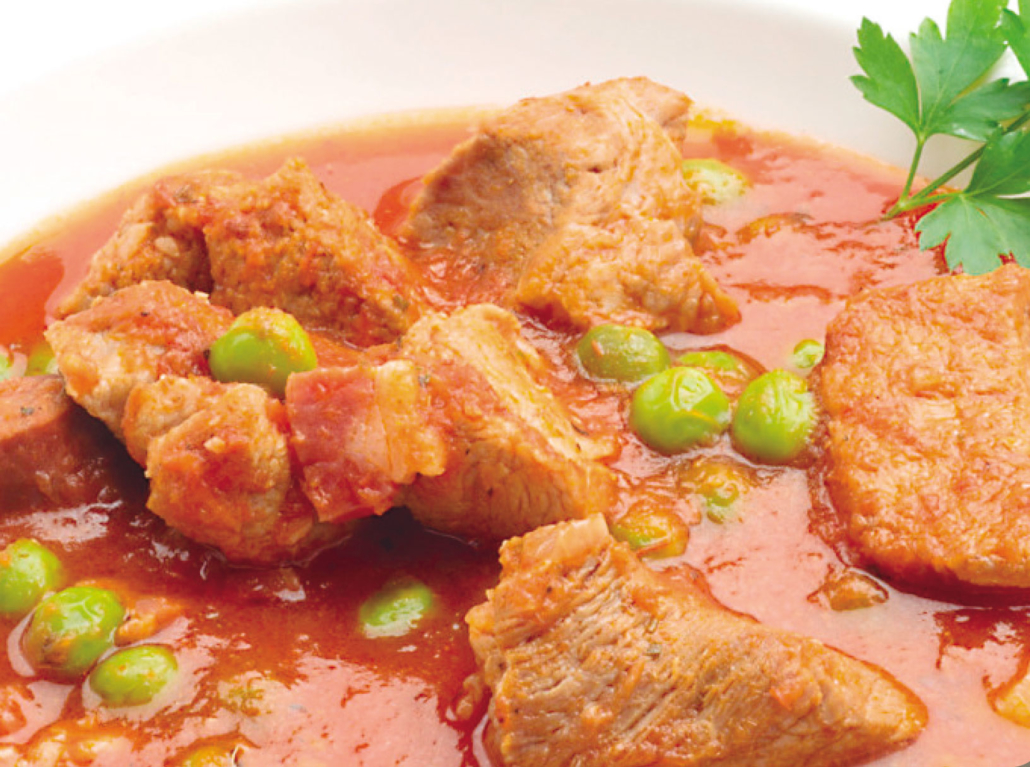 One of the most typical dishes Toledo is located just crossed the Tagus. It is a stew of lean pork meat with tomato and vegetables, mainly peas, which reminds me of lean with tomato Andalusian, but with a slightly spicy touch. Served on top or portions in most of the bars of Toledo, Scorching and fireplace Turleque. The name comes from the creation of the dish in a Toledo bar where its customers were older people "carcas" and young women "muses". 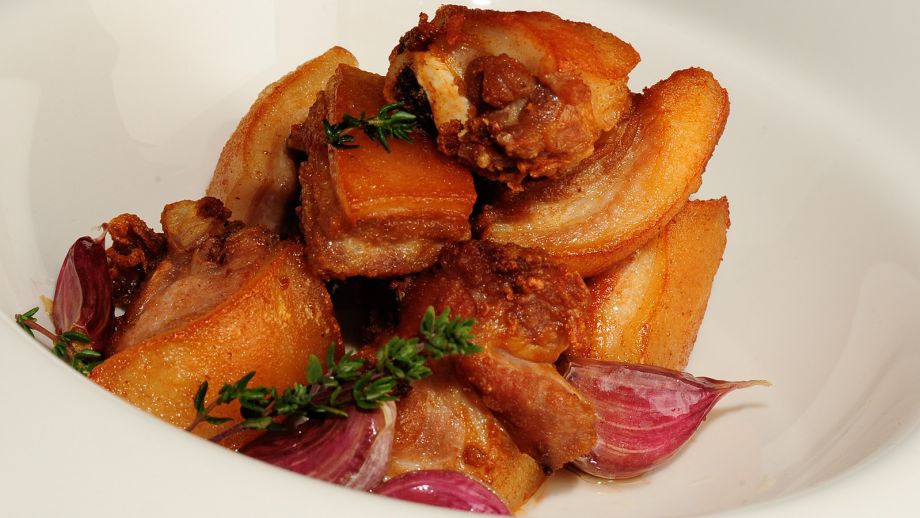 It is fried taquitos and abundant garlic Piglet. It is usually made with lamb or goat, which after being stewed half fry in oil, garlic cloves, vinegar and spices. A good cochifrito is one that has meat crispy outside and juicy inside. It is also often with goat or lamb. 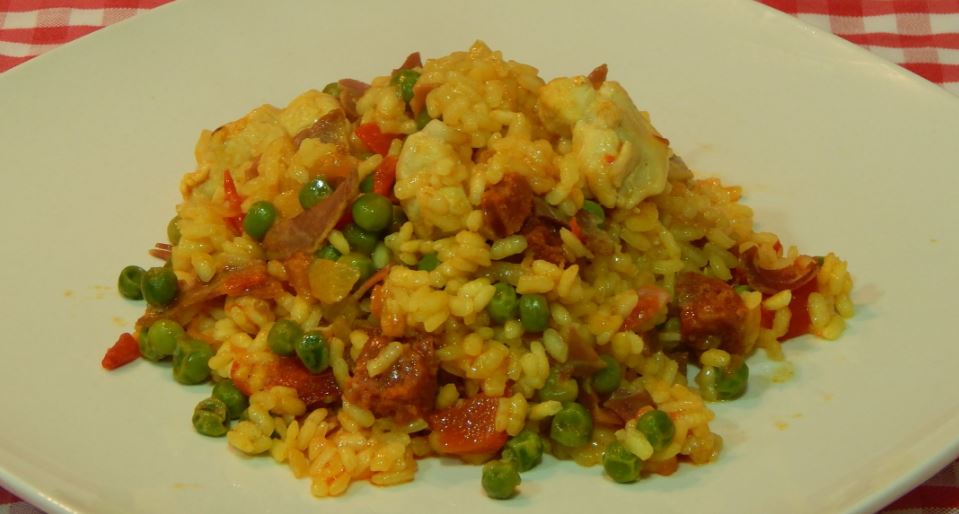 This rice typically Toledo, nonexistent elsewhere, It is made with chicken casserole, congrio, squids, mushrooms and lard. It is a kind of soupy rice that has nothing to do with the paella: so call eye can cause a heart attack at any Valencian.

Possibly the flagship product of Toledo, Marzipan is an exquisite sweet possibly an Arabic. It is made with almonds, sugar and potatoes, and generally they have the form of various figures. Marzipan has become a very popular product throughout Spain, even though, and in Toledo it consumed throughout the year, the rest is usually eaten only during the holidays. 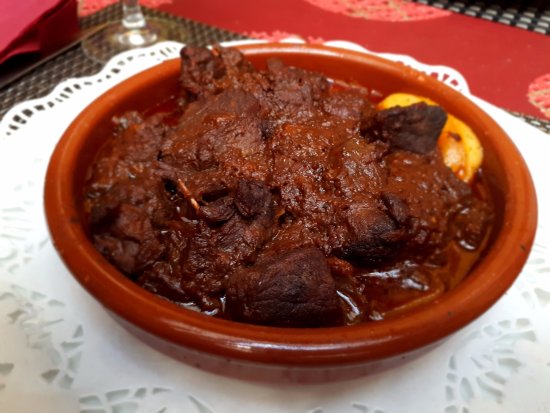 Whole province of Toledo is a land of hunting and shepherd. There are numerous recipes made with rabbit, wild pig, deer or deer, so it is impossible to Toledo and not taste some of the dishes made with these game meat. Grilled venison or venison stew with mushrooms or pears is a typical Toledo dish should taste. For this dish venison fried in a pan with butter and flambé with brandy or Cognac. Finally, mushrooms or pears are added and left to cook all the ingredients with red wine. 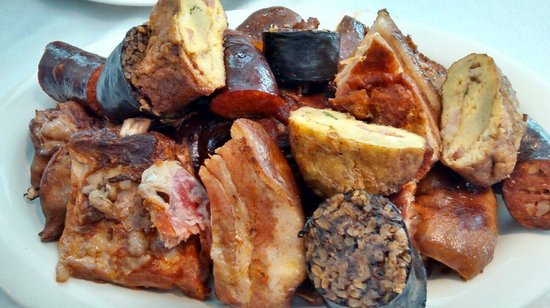 The potpourri is a very popular recipe in Toledo, but also in other parts of Spain, like the rest of Castilla or Extremadura community. This is a very old recipe, that already it was made in the Middle Ages. Cooked in crock pot, and its ingredients, although there are variations, They are basically red beans and various meat products, such as chorizo, pancetta, the ear and the nose of the pig, rib or rice pudding. As we can see, It is a forceful and strong plate, intended primarily to combat the cold, harsh winters.

All these toledanos dishes are given at Abrasador La Chimenea de Turleque, a restaurant ideal road stop your trip, or for lunch and dinner one day with family and friends. further, This restaurant features steaks own upbringing as is the Iberian pork and beef Anoja. An ideal restaurant to try your toledanos dishes.

Linkedin
Traditional dishes from the Vega Baja of the Segura

The most prominent and typical cuisine of the region of Murcia
Scroll to top
This site uses cookies to improve your experience. If you continue browsing we understand you accept its useTo accept Plus
Use of cookies