Talking about the province of Cuenca is to admire its history and rich heritage, to enjoy with the memory that its gastronomy, remember its people, and as, know its great natural spaces that are distributed throughout its geography.

for us there is 5 natural spaces that we love and that we will tell you about below. 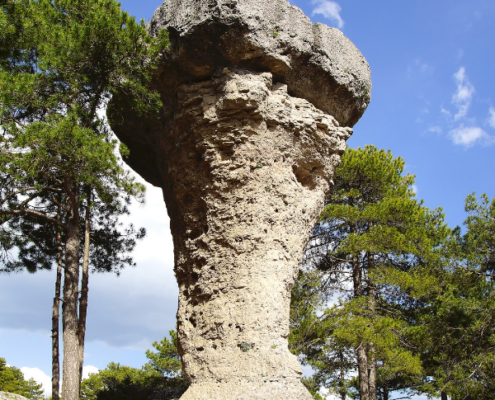 The Enchanted city It is a Spanish natural area of ​​calcareous or limestone rock formations formed over thousands of years. It is located near Valdecabras, in the municipality of Cuenca (Spain), in a wide area of ​​pine forests in the southern part of the Cuenca mountain range and at an altitude of 1500 meters. It is located on a private estate which can be accessed upon payment.

It was declared a Natural Site of National Interest on 11 June 1929. the action of water, wind and ice have made this karstic phenomenon possible.

These masses of calcareous rock simulate a city of giants with whimsical shapes that resemble a dog., a seal or a turtle. There are approximately three kilometers to go through this city that ninety million years ago was submerged under the thetis sea, when the entire Iberian Peninsula was under water. It is simply a spectacle for the senses, sheltered by junipers and pines that bring that sweet note to the air.

Source of the Cuervo River 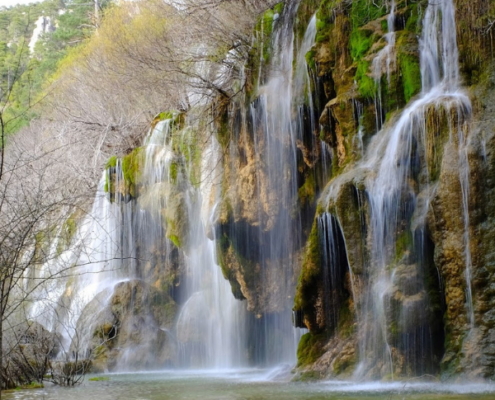 Declared Natural Monument in 1999 It is the origin of one of the most remarkable rivers in Cuenca.. Located in Vega del Codorno, the Cuervo River is born in the call Tooth of San Felipe almost 1500 meters of altitude forming beautiful waterfalls. The water falls through rock stalactites forming a beautiful waterfall that freezes in the winter months.

Although the most visited and well-known area of ​​the Natural Monument is the Source of the Raven River and its beautiful waterfalls, there are other remarkable areas with elements of great relevance and beauty, like the Raven's Corner. Likewise, the high altitude and abundance of rainfall in the area allow the presence of species of fauna and flora that do not exist in other places in Castilla-La Mancha. 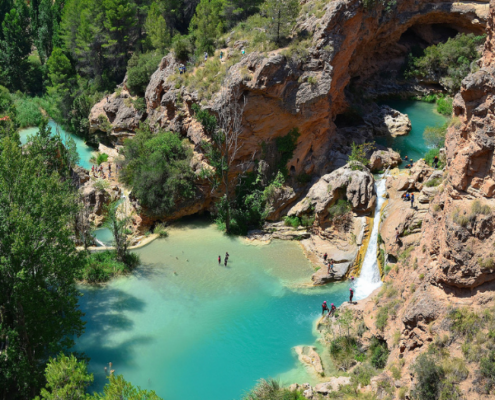 Between the municipalities of Enguídanos and Víllora, notable for its tuffaceous formations. Las Chorreras are located in the bed of the Cabriel River, in a stretch of 2,5 km between the Víllora dam and the confluence with the Guadazaón river.

This section contains a set of waterfalls, waterfalls, side caves, pools and gorges, and includes a Quaternary tuff building on a bed of Jurassic limestone of great geological interest.

Due to the magnitude of its carbonate deposits, It is considered the fourth most important Quaternary fluviolacustrine system in the Iberian Peninsula.. 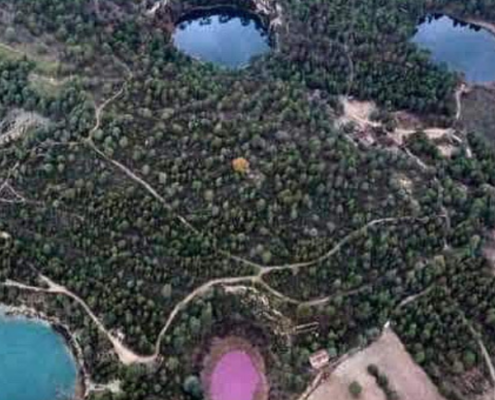 Seven lagoons that emerge on circular sinkholes that look like craters and that can be more than twenty meters deep. Due to the composition of the stone and the vegetation they change color, going from black to turquoise or green. The Lagoon of the Cross in the month of July it changes color for seven days and is also known as the Gypsy Lagoon, because it is said that a gypsy threw herself into its waters due to a bad love. 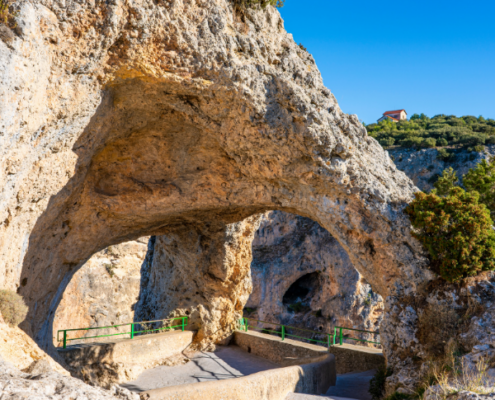 Water is responsible for the formation of this kind of cave of limestone rock of karstic origin which offers the best views of the Serrania de Cuenca.

This spectacular viewpoint carved into the rock is known as El Ventano del Diablo, from where the devil himself would throw souls into the void below him. With spectacular views over the Júcar canyon, it is a mandatory stop to enjoy its views.

These places are the most essential for us, Of course, there are many more in a province with as much natural wealth as Cuenca., but these five amaze us.

Precisely in Cuenca a few kilometers from the capital, and inside the Camping Caravaning, the restaurant is located Scorching Finca Embid, to enjoy in addition to the local gastronomy, of our grilled meats from our own breeding of yearling beef and Iberian pork. 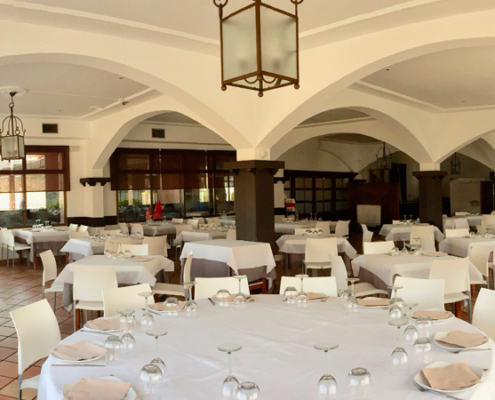 WHAT IS THE SIERRAS SUBBÉTICAS NATURAL PARK LIKE?
Scroll to top
This site uses cookies to improve your experience. If you continue browsing we understand you accept its useTo accept Plus
Use of cookies