THE BERENEJAS DE ALMAGRO, A leader in the SPANISH KITCHEN

Almagro eggplants are very known vegetable for the rest of Spain. Covered under the specific name "Almagro eggplant", It is a quasi-wild variety of the species Solanum melongena has been preserved and cultivated for centuries in isolation by farmers, dedicating their fruits mainly for self-consumption. This vegetable is grown in some villages in the region of Campo de Calatrava, in the center of the province of Ciudad Real and marketed canned. 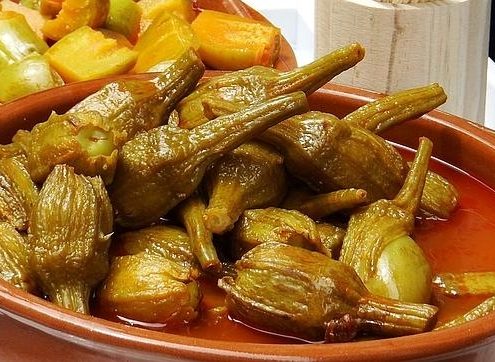 The Arabs introduced the eggplant in the Iberian Peninsula, leaving the town of Almagro (Real city) not only the fruit, but the storage form. The origin of the eggplant is in the Indian state of Assam, from where it was introduced to the Middle East and later to Spain by Arabs. In the decade of 1940, Popular characters from the town began to "market" the first eggplants of Almagro in clay crocks, capable 25 kilos, covered with pieces of sackcloth and plaster, to Madrid. To them, They were joined almagreños, as the family of Romero, responsible for selling this product, by units, at fairs. In the year 1963, eggplant began to be distributed in glass bottles wide mouth, Corked.

That same year, Jorreto brothers packed the first Almagro eggplants in metal cans from the town of Aldea del Rey, after being subjected to a process of "bath" for correct conservation.

The first factory with an industrial process completely built in 1964, thanks to the efforts of three friends of Almagro, thus giving the starting signal to the industry unique in the world.

The varieties that presents this eggplant is varied.

Almagro eggplants are sold canned in glass jars or in the following commercial varieties:

seasoned: Whole fruits are the bracts and peduncle without adding your own salad dressing.

Embuchadas: Eggplants are seasoned to which makes them a cut at the top and embuchan with a piece of sweet or spicy pepper and other spices clutching a stalk through the eggplant fennel.

Cogollos: Fruits are devoid of bracts and peduncle, leaving only the fruit berry along with their salad dressing.

You troceadas: Parties are the buds into pieces.

In Scorching Almagro Restaurant We have other ways of presenting Almagro eggplant: 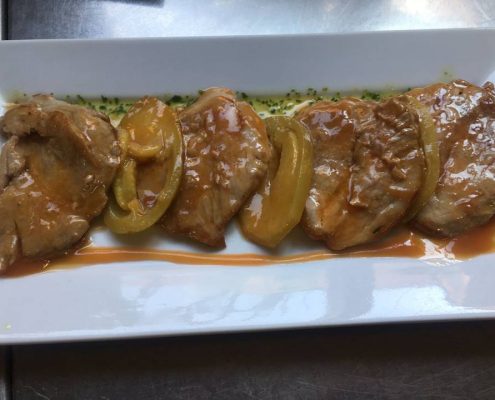 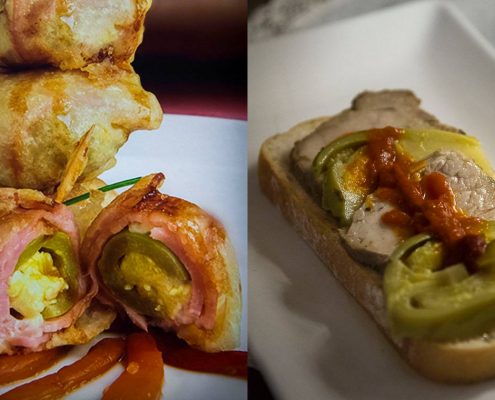 Importance in the municipality 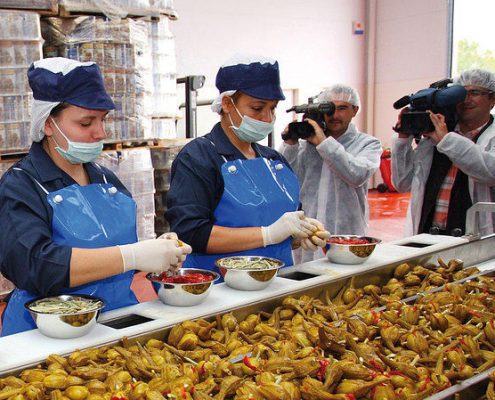 Cultivating Almagro eggplant, It is an agricultural practice that stands out for its strong social and traditional character. It is linked to small farmers and provides employment for an entire family, as well as a large number of collectors for nearly four months a year, demanding an average of 330 laborers to meet the sowing and harvesting work.

If you want to know the secret of Recipe scorching tears Iberian pig, We will facilitate the. A typical meal prepared in unique way.

Scorching New Year's Eve menu Almagro
Scroll to top
This site uses cookies to improve your experience. If you continue browsing we understand you accept its useTo accept Plus
Use of cookies