The route of the Via Verde de Ojos Negros is considered the largest in Spain because of its 180 km route, However, It is quite pleasant thanks to hoards much of the way downhill and enjoyment with very diverse landscapes: sierra, forest, dry fields, orange or groundnuts. This greenway has been taking advantage of the old mining railway tour that started from the town of Ojos Negros to get the coal from the mine to the port of Sagunto. 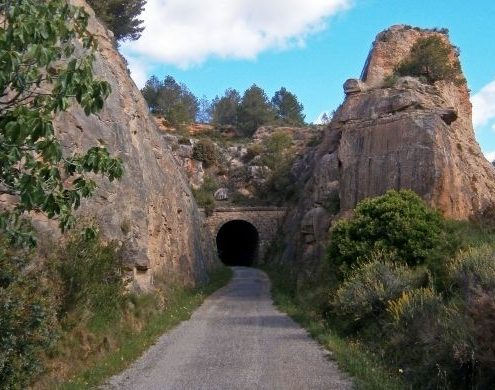 Part of the greenway Ojos Negros

Starting from Santa Eulalia, the first thing we need is to get to the start of the greenway. A few kilometers, depression is Jiloca, caused by grabens at the end of the Tertiary, which along with the sediments of the nearby mountains form a wide valley with gentle slope.

After passing near Villarquemado, the greenway has been slightly modified to adapt industrial needs, but it is well marked and in good condition. Between Cella and Teruel, plotting the green path remains flat, but subject to the strong winds that usually sweep across the valley of Jiloca. then, is Caudé, rural district of Teruel, and come upon the capital rodeo.

The greenway runs through the valley of the river Alfambra, always between Casts, clay and limestone, and begins its ascent to the port of Escandon. They are several kilometers of very soft hike, with a landscape very prominent. initially follows the ravine Valdecebro, and in the area where two viaducts crosses under the motorway, you can see a vertical rock, called the rock of Macho, where supply water started to Teruel, designed by the engineer Pierres Vedel, sixteenth century. To the 30 kilometers, Special mention the town of Navajas, worth a stop. In this municipality it was extracted and carried stone for building platform via. At this point another rest area is located. The tour now continues down an embankment between pinewoods, with the view of the town of Navajas and the Sierra de Espadán the bottom. Soon we reach the campsite Navajas (Km 39,3), located at the top of this peaceful town. Navajas we can contemplate the eleventh century Arab Tower, very close to the greenway; the parish church of the XVI century and the square with its ancient tree (elm planted in 1636) and magnificent houses of the late nineteenth century. 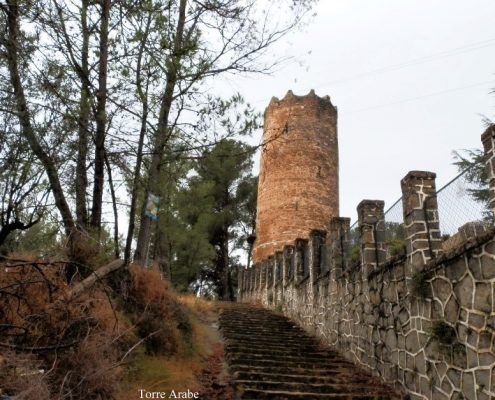 "Waterfall Armband", with its spectacular waterfall 30 meters high, and the "Salto de la Novia", tragic legend, located in an almost magical setting by the river Palancia, part of its natural beauty. further, in this town you can take advantage and enjoy the Scorching Restaurant Altomira which it is very close to the greenway. 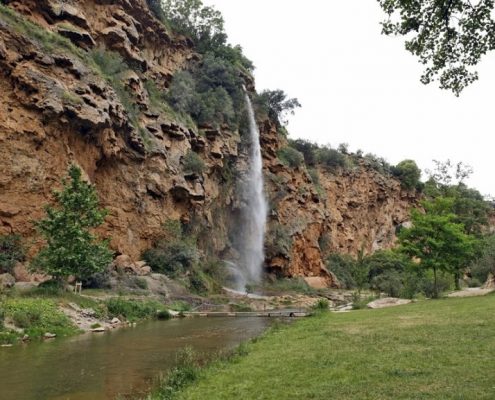 The greenway ends a little before reaching Torres Torres. From there there is a section that is indicated as bike path, but it ends soon, so we'll take the road for the last stretch to Torres Torres.

Cycle route in the greenway of black eyes

The path of the greenway is conditioned, and it is very comfortable for cycling. The path is paved in its ma

yor part. further, signage is quite good and all crossings are indicated. During the trip we are enabled numerous picnic areas and rest areas, with tables and places for bicycles. In fact, several municipalities that are crossed reloading supplies.

The origin of this pathway is the late nineteenth century when the exploitation of various iron ore deposits was granted in the town of Ojos Negros (Teruel) to Basque businessmen, who founded the "Sierra Menera" Company Year 1900. Initially negotiated transport iron ore, to the port of Sagunto, with promoters railroad "Central de Aragón", which already had much of the line built. 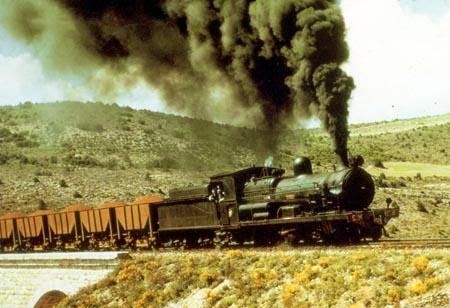 However, there was no agreement on price, and Sierra Menera Company decided to build a railway on their own. The new line runs parallel in many sections (and close) the Central Railroad Company of Aragon (Today railway Zaragoza - Valencia). In fact, many of its viaducts are almost identical. The only change in the path occurred when a large population approaching, since the Central Railroad of Aragon had to reach the population, while the railway Sierra Menera not, to not carry passengers. An example of this patent is quite near Teruel. The mining railway was abandoned in 1972, and paradoxically for a few years ore transportation routes ran through RENFE, Central heiress of Aragon, until the close of Altos Hornos de Sagunto, which ended with the closure of production.

If you decide to spend the day and make the path of the greenway Ojos Negros, in scorching Altomira It is a good place to stop and cool off or eat where we have one of the best rice in the area and the best grilled meats.

Linkedin
Do you know the most traditional dishes of Cordoba?

5 rice you can not miss in Murcia
Scroll to top
This site uses cookies to improve your experience. If you continue browsing we understand you accept its useTo accept Plus
Use of cookies