Ossa de Montiel is a town located in Albacete and that still treasures much of its charm during times past, such as its narrow streets and whitewashed facades.. Nestled in the heart of La Mancha, is gaining followers and acquaintances thanks to its beautiful Natural Park of Las Lagunas de Ruidera. further, is included within the section 2 of the Quixote Route.

The privilege of being surrounded in a quality natural environment results in a huge number of arguments to visit this beautiful town as well as being very well connected to the road and has huge accommodation. 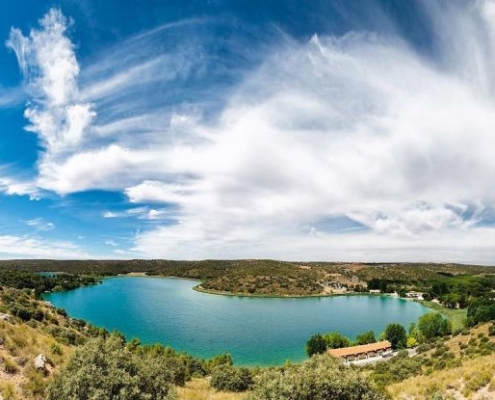 Las Lagunas de Ruidera is the most beautiful wetland in all of Spain. Up to fifteen comprise it located between the provinces of Albacete and Ciudad Real. Its lagoon formations are staggered and linked by streams and waterfalls. It is an important humid area with 27 kilometers of excavated valley in length has a slope of 120 meters.

These waters, notably rich in carbonates, due to the thousands of precipitations throughout history, have formed huge natural dams that give rise to spectacular waterfalls between one lagoon and another. Together with Croatia it represents the best lake formation due to the accumulation of calcium carbonate (toba.) further, Lagunas de Ruidera comprises an enormous wealth of flora and fauna with more than 250 species of vertebrates that live there. 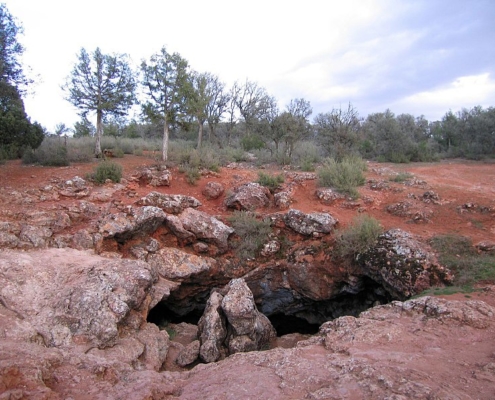 Continuing in Las Lagunas de Ruidera, there is the Montesinos cave of natural origin. It is a karst cavity of 18 meters deep, with a bottom through which the water circulates, originated by the dissolution of the limestone rock that predominates in the natural park. The route, known for appearing in the novel Don Quixote de la Mancha, has the status of a good of cultural interest in the category of historical site. 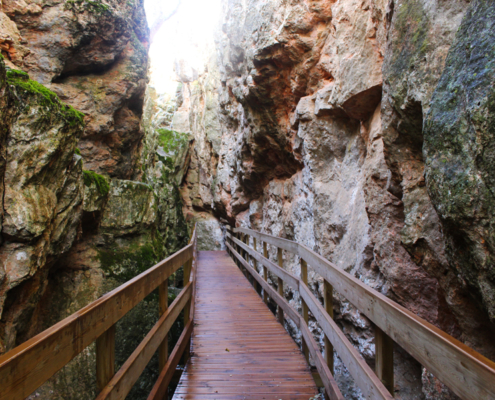 To end in the Natural Park, we can enjoy the Quebrada del Toro. It is a natural formation of extraordinary relevance, located on the edge of the cliffs that surround the Laguna de San Pedro is constituted by a huge crack in the mountain of seismic origin, about 400 meters long 5 meters of average width and 25-30 maximum depth meters, recently adapted for tourism and easily accessible. In its one-hour tour we can also find small caves that start from inside to end at the famous viewpoint of the Laguna de San Pedro. 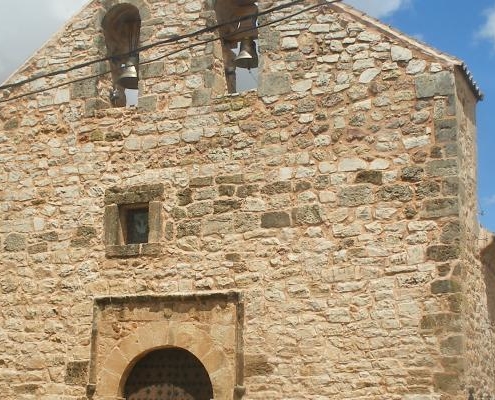 This church is a temple of Gothic construction from the beginning of the 16th century consisting of a rectangular plan, transverse diaphragm arches, Mudejar wooden roof and high choir at the feet supported by pillars. On the outside, the façade is finished off in a curious belfry and the portal opens in a semicircular arch. 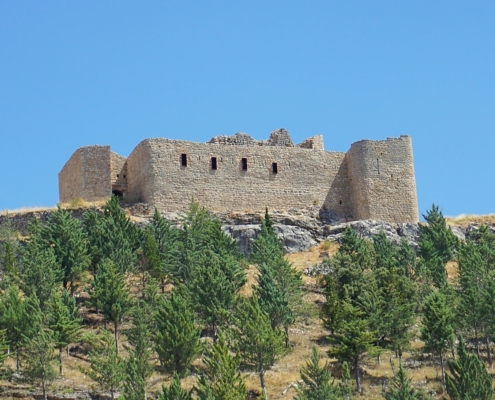 Castle of Muslim origin, built in the late 11th and early 12th centuries, that passed into Christian hands after the battle of Las Navas de Tolosa in 1212. It is a castle of military type and destiny, with walled enclosure, of which today only remains of a tower and part of the wall remain.

So things, With visits to different monuments in the town of Osseo, you will find the opportunity to have an excellent gastronomic experience in the Scorching restaurant Los Batanes, in which they are specialists in grilled meats and also have a privileged natural environment. 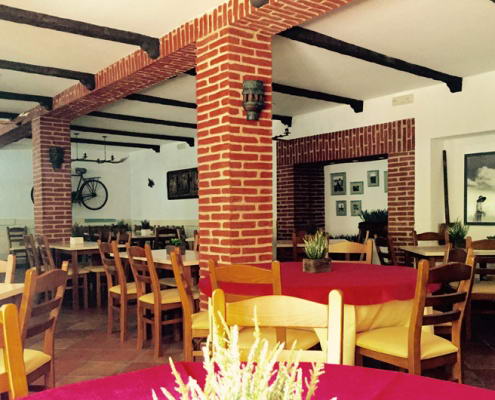 The Lagunas de Ruidera Natural Park is located between the provinces of Albacete and Ciudad Real and is the largest wetland in the autonomous community of Castilla-La Mancha. This park has a length of almost 25 km and a rosary of 15 lagoons. The lagoons form a set of waterfalls and streams that go from the Laguna Blanca to the low lagoons. It has a typical plateau vegetation, composed of holm oaks, kermes and thorns.

Ruidera was declared a Natural Park in the year 1979 and in the very uniqueness of its landscapes lies its greatest attraction. The Lagunas de Ruidera are a karst ensemble modeled by the action of the waters of Alto Guadiana for centuries and have an extension of 30 kilometers. A gigantic lagoon system whose most characteristic feature, the tobaceous barriers, allow communication between all of them through waterfalls and beautiful waterfalls.

This paradise of turquoise waters is an ideal environment for active tourism and ecotourism activities: nature, adventure, diving, sailing sports, trekking, kayak, canoeing, paddle surf y snorkeling. There are also bathing areas during the summer and good places for sport fishing.. Then, We will make a brief description of the most outstanding lagoons to see in the Ruidera Lagoons.

Castle and reservoir of Peñarroya

Opened in the year 1959, the Peñarroya reservoir is the artificial dam for the waters of the Guadiana, that supply the nearby towns of Argamasilla de Alba and Tomelloso. This body of water, which is included within the protection zone of the Natural Park, forms an ecosystem with its own characteristics that differentiate it from the lagoon complex. Of great importance as a wildlife refuge, especially birdlife, It also stands out for its values ​​in terms of sport fishing. Next to the dam and dominating the old strait, we can visit its medieval fortress, where the Chapel of Our Mrs.. of Peñarroya.

We leave the waters of the reservoir and the first two lagoons behind to discover a powerful waterfall. The Sinking waterfall, very close to the town of Ruidera, It is the highest jump in the entire Natural Park. The origin of the waterfall is found in the tremendous floods that occurred in the mid-16th century. The force of the current must have been such that it caused a subsidence of the ground. And so it has survived to this day. Access is on foot from the Ruidera cemetery.

The Laguna del Rey is connected to the Laguna Colgada by the Las Paranzas river, and represents the deepest of all gaps. Its left bank is ideal for walks or cycling. It is also highly recommended to go up to the Laguna del Rey Viewpoint. Although it is one of the most urbanized lagoons, due to his closeness to Ruidera, its height gives us a very good panoramic perspective.

The Cueva de Montesinos is a cavity of karst origin of about 80 m. deep, originated by the dissolution process that rainwater has originated in the rocky area of ​​the area, Inside, remains of different civilizations have been found. But nevertheless, the main value of this cave is the literary, since Miguel de Cervantes placed chapters XXII-XXIII inside it, of the second part of his great work “D. Quixote of La Mancha”, in which he narrates the greatest enchantment of Spanish literature.

Meanwhile, the castle of Muslim origin, built in the late 11th and early 12th centuries, that passed into Christian hands after the battle of Las Navas de Tolosa in 1212, castle of type and military destination, with walled enclosure, of which today only remains of a tower and part of the wall remain.

Las Lagunas de Ruidera is also known for treasuring a restaurant specializing in grilled meats nearby., restaurant Scorching Los Batanes. A perfect place to recharge your batteries after visiting so many lagoons in the Ruidera Natural Park. further, This restaurant has attached a campsite conditioned for the accommodation of tourists.