When the Andalusian city of Dos Hermanas is mentioned, it provokes curiosity to know its origin and the reason for that name. The city is not a Sevillian neighborhood as is believed by many of the people far from the province of Andalusia. The origins of the Nazarene municipality date back to the time of the Reconquest, when the division and repopulation of the lands conquered by King Fernando III begins.
What is currently the urban area of ​​the city seems to coincide with the lands that were granted to Gonzalo Nazareno by King Alfonso X. That is why the name Dos Hermanas originates from the sisters Elvira and Estefanía (daughters of Gonzalo Nazareno). These lands were given to Nazareno by Alfonso X.
In addition to treasuring a lot of history of the ancient age such as Torre de los Herberos, archaeological rest and an old military tower that in 1993 It was declared an Asset of Cultural Interest due to its historical importance for the city despite its abandonment. Already in the historic center where the main historical monuments are gathered and the nerve center such as the Plaza Mayor is concentrated, Church of Santa María Magdalena and the Town Hall.

It is the main church of the city. Of baroque origin, it is one of the main attractions of the city. It was remodeled in the 18th century with the intervention of Master Pedro Benítez and the collaboration of local Master Juan López, and restored in 1940 according to the project of the Architect Aurelio Gómez Millán. It still preserves the image of the Virgin of Valme and the last Moorish king of Seville as the Pendón de Ab-Xataf. Holy Week was celebrated in this church before each of the brotherhoods formed their chapels. In addition to this church we can find another outstanding one in the city such as the Conventual Church of Santa Ana or chapel given its size.. 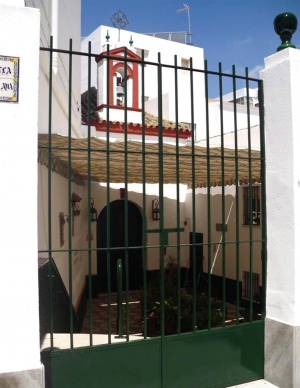 Restored by Espinosa in 1946, inside it you can see the cave in which the Moors found it. It is a chapel where the image of Santa Ana is housed and venerated, patron saint of the city whose festival is celebrated in July. Another place that you cannot miss on your tour of the city of Dos Hermanas is undoubtedly the Alquería del Pilar. 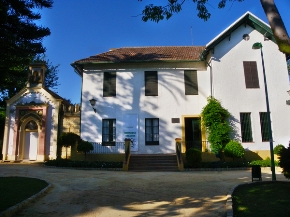 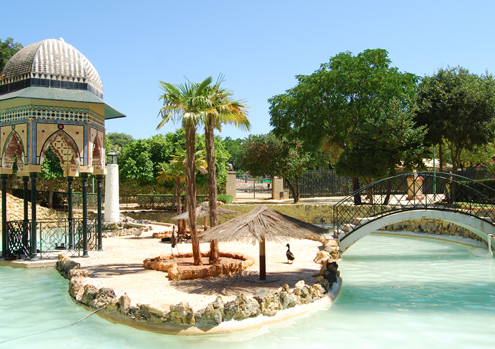 Currently converted into the headquarters of the Local Police and park built by the poetesses José Lamarque and Antonia Díaz in the 19th century. The park enclosure is completed with the Huertas de San Luis and Ybarra, built by D. José Mª Ybarra Gutiérrez de Caviedes, Caviedes, Count of Ybarra, whose main building is currently dedicated to the House of Culture., whose design is attributed to Forestier, there are arboreal and shrub species of great interest and antiquity.
How could it not be missing in Andalusian territory, Dos Hermanas also has a palace. The so-called Palacio de Alperiz was built around 1905 by the architect José Solares and the master builder Rafael López as the home of the Alpériz family, large loom merchants. The palace is one of the best examples of neo-regionalist architecture in the province of Seville. The building is made up of multiple windows in the shape of a horseshoe arch and panels with Arabic geometric motifs. The palace gardens are markedly regional in character, with statues, gazebos and large ceramic benches. 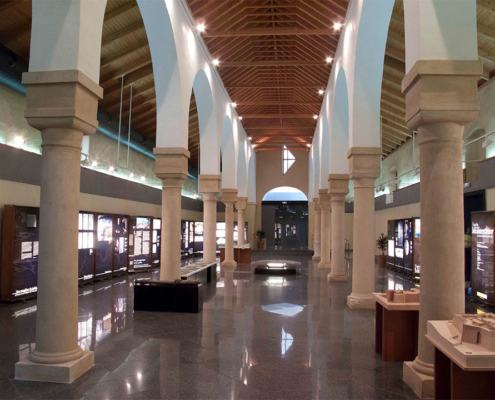 This characteristic Dos Hermanas building has been listed in the General Catalog of Andalusian Historical Heritage since 1997, due to its two Mudejar style naves, its baroque architectural elements and the vestiges of the Montefrío farm. Its 17th century baroque façade was restored some time later and today it is a Cultural Center for multiple uses. In the expansion works carried out, a large jar and a mill wheel of great archaeological value were found. 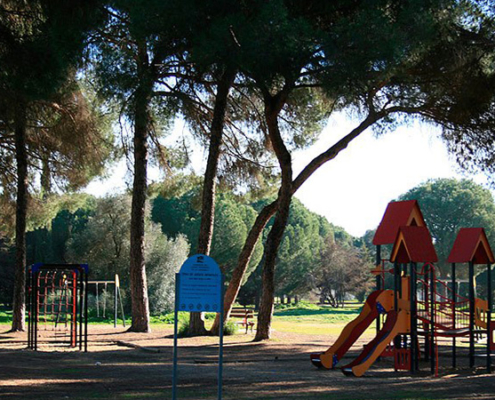 This well-known Dos Hermanas park encompasses a natural space on the old grounds of the farmhouse of the same name. In this attractive park you can find different species typical of the Mediterranean forest that reaches up to 85 hectares. In 1999 It was conditioned so that you could enjoy the park and is considered a Forest Area of ​​Recreational Interest in the Special Plan for the Physical Environment of the province of Seville.

So things, With the visit to these outstanding buildings of the city you can take advantage of to make a stop in the tour and visit one of the best restaurants in the Nazarene city such as Scorching restaurant Casa Pedro. More than 30 years of experience guarantee that this restaurant offers the best grilled meats in Seville. Inside there is a beautiful dining room and a Tapeo and Brewery area with a fabulous Summer Terrace. One of the most traditional restaurants of Dos Hermanas ago founded more than 40 years, where you can eat dishes with modern touches and Brasa hand of this family of entrepreneurs and hoteliers. 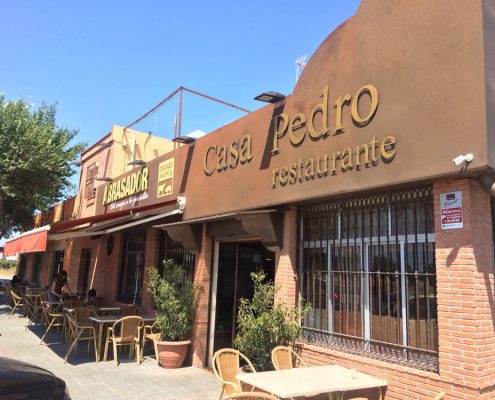