By nightfall the city is transformed. The new artistic lighting of Toledo to discover details impossible to see in daylight, while it is representing a strong and firm commitment to the city with sustainability, respect for the environment and energy saving. such iconic buildings as the Cathedral, City Hall, the Door Hinge or the Castile-La Mancha - Convent of the seventeenth century - show its beauty and splendor centenary. The panoramic view of the city from the area of ​​"El Valle" offers the visitor an unforgettable memory of Toledo.

In Toledo, centuries of history, hand culture and art in a unique symbiosis that takes visitors are given to other times. The maze of streets, alleys and sheds show him who knows to look for more than a hundred monuments, among which the Cathedral, the most Gothic of the Spanish, and the Spanish Gothic, that keeps within its solid walls wonders like Arfe Custody, the choir stalls or the "Transparent", Baroque exceptional work done with the purest marbles, jaspers and bronzes. Special mention deserves the "Campana Gorda", with its seventeen tons and more than nine meters in circumference, located in the tower of the Cathedral, that after almost thirty hidden years has reopened its doors recently.

City of three cultures, capital integration, city ​​of tolerance, Sefarad jewel ... Toledo has been known throughout its history with many names, and they all talk about the mix of cultures and respect among Jews, Christians and Muslims. Toledo's Jewish Quarter, the most important in Spain and one of the largest in Europe, It gives witness to this, monuments such as the synagogues of El Transito and Santa Maria la Blanca, or synagogue recently discovered Sofer, it was believed lost since the fifteenth century. Walking through its streets, the traveler must always be aware of the Hebrew symbols that adorn and, as Menorá, receive with open arms those who wish to explore this part of the history of Toledo. 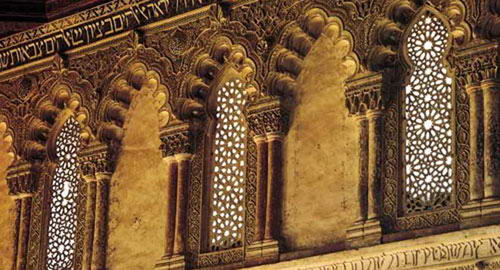 Toledo has been known since time immemorial as "City of the sword", famous for its steel, with which Toledo blacksmiths forged over generations swords and armor. The exquisite attention to detail is evident in his damasquinado, in which gold and silver threads are introduced, with pinpoint accuracy, in iron and steel figures, resulting in the most beautiful filigrees. But not all steel, gold and silver. The most famous restaurateurs in the city made available to the visitors their best dishes: the partridge, carcamusas or traditional Marzipan, taste treats that are, as monuments of the city, excellent ambassadors of good work Toledano. 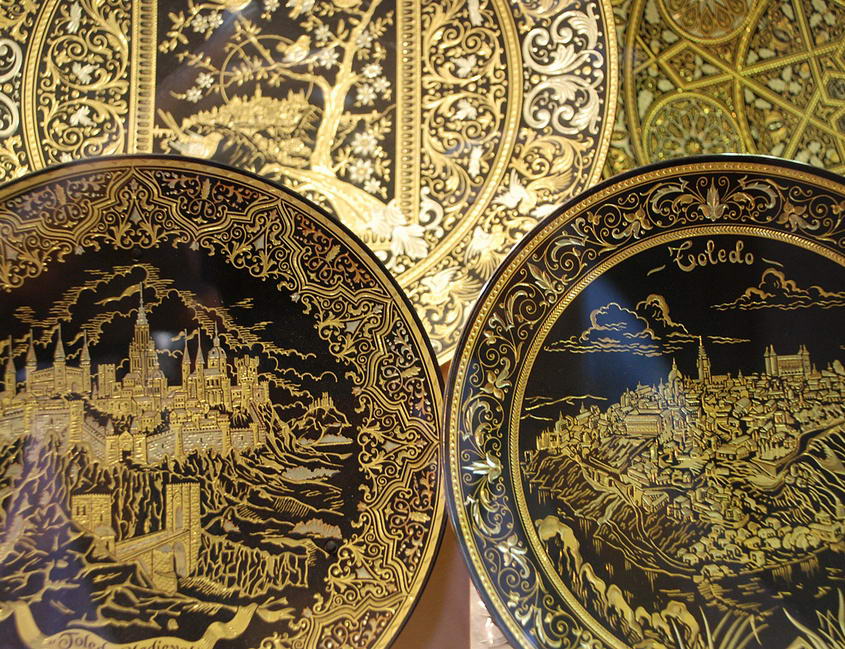 Tagus River Toledo shaping around the city, protecting her in his embrace and turning it into a unique and unassailable enclave. The ecological path invites visitors to draw, walk or bike, the river from the bridge of Alcantara to St. Martin, revealing to vegetation, bordering malls and tarayales, watching groups of cormorants, mallards and herons, and bringing you even closer to the history and legends of the city from the "Casa del Diamantista", the remains of mills Daicán, Tenerías Islamic baths or the Tower of "La Cava" on a route that runs, as he wrote the Toledo Garcilaso de la Vega, "Near the Tajo, in pleasant solitude 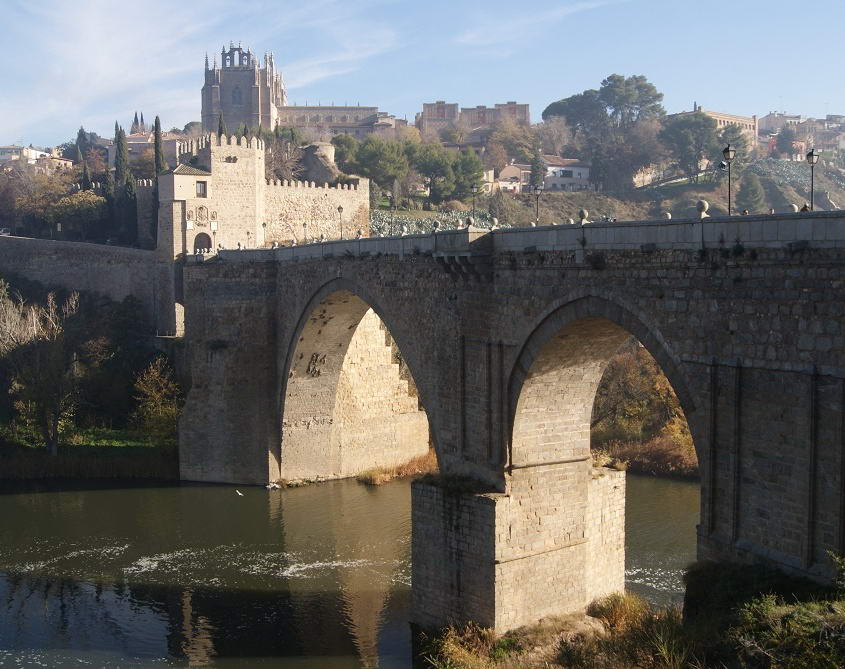 Easter Toledo, declared of international tourist interest, It offers visitors an excellent opportunity to see convents, churches and monuments generally inaccessible to the public. Processions invite the gathering with a silence broken only by the footsteps of the brothers, They accompanying the majestic steps in his journey through illuminated by candlelight. As we approach the Body of Christ, big town festival declared of International Tourist Interest, Toledo saw their finery. The houses open their traditional "toledanos courtyards". The canopied streets are covered with aromatic thyme carpet, rosemary and lavender, wreaths and banners jump from balconies and terraces, and seventeenth-century tapestries line the cathedral. During the procession, guilds, brotherhoods, chapters and orders of knights accompany Arfe Custody, unique in the world, a centuries-old route. 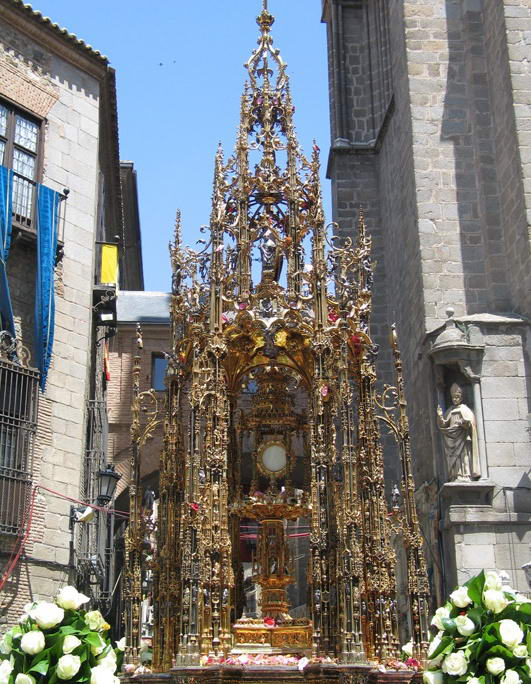 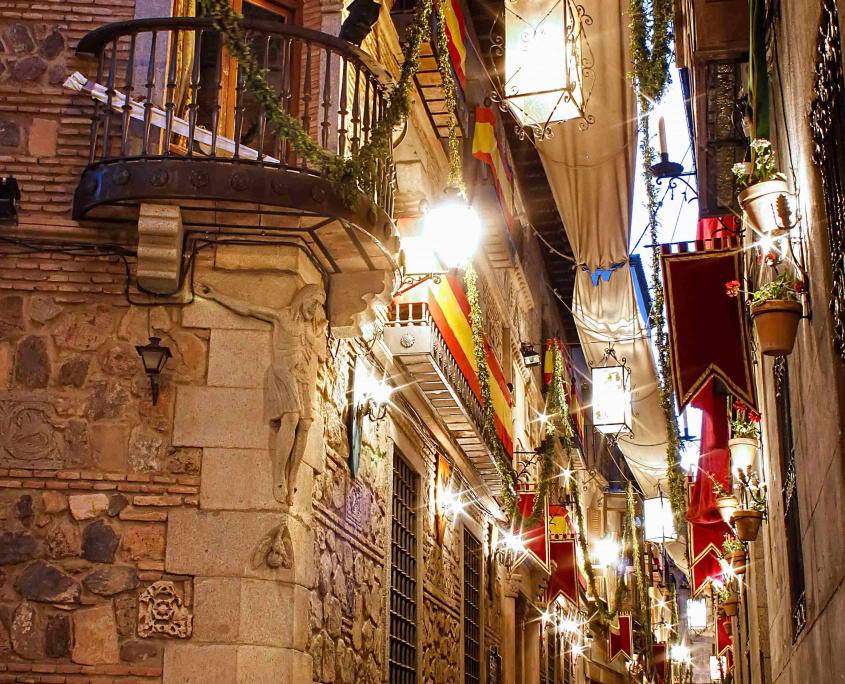 Located in the center of Spain, Toledo is the capital of Castilla-la Mancha. Surrounded by the Tagus River, this city, declared a World Heritage Site in 1986, She lives in constant growth combining tradition and innovation, History and legend, art and culture. Toledo invites those who visit it to discover the soul of a city forged over millennia by celtíberos, Romans, Visigoths, Jews, and Muslims. Its history is the history of Europe. Toledo is "amazing and unconscionable" (Ortega y Gasset). Toledo is "light of my life" (Gregorio Maranon)… TOLEDO IS ... AWESOME.

scorching Toledo which it has a large terrace, room for family dining and a playroom for children to entertain. 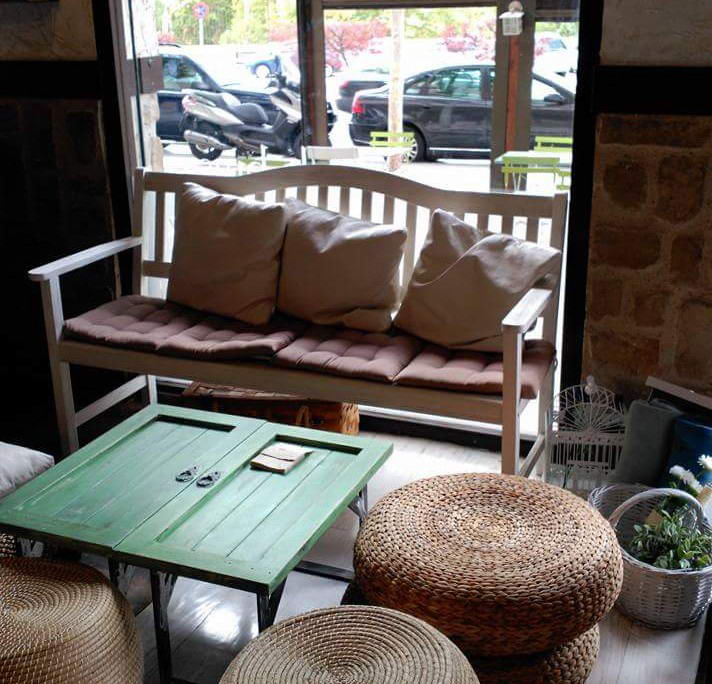 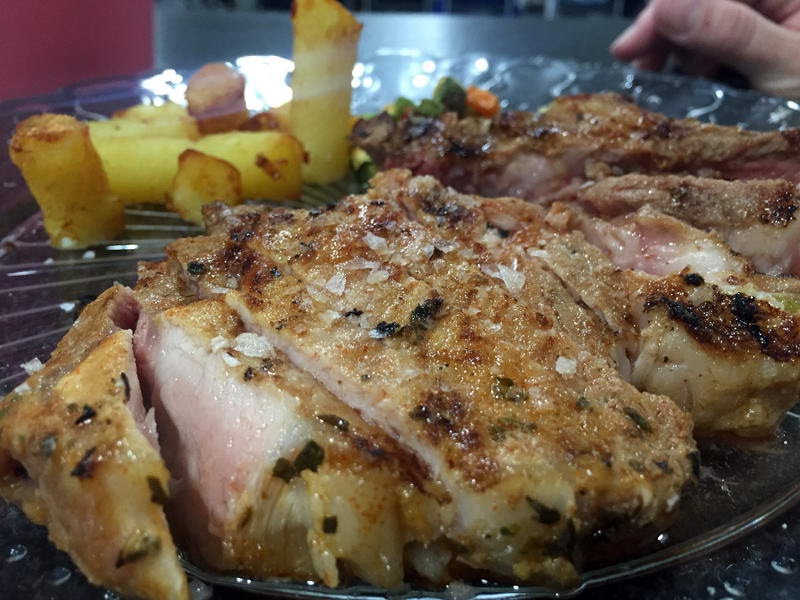 scorching Ambigú a charming place in the historical center. 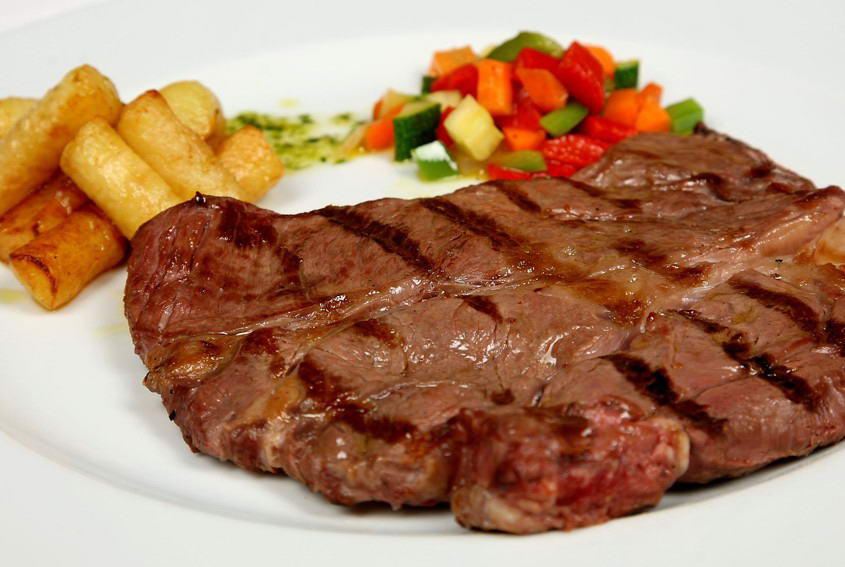