In the municipality of Consuegra the highlight are its beautiful windmills, largely because of its beauty and the particular battle that Cervantes fought in his book Don Quixote. But beyond this architecture built in the 19th century to grind flour, the town located in the province of Toledo, Consuegra boasts several monuments and historical buildings that are worth commenting. 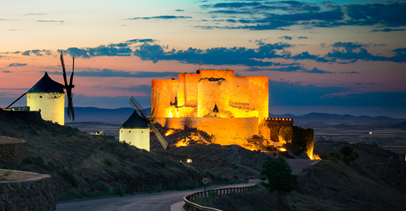 Besides the famous windmills, Consuegra Castle shares the limelight, being the most important monument. More than eight hundred years old, This fortress is very unique and attractive due to its long history and architecture closely linked to the Order of Saint John of Jerusalem..

Although the origins of this castle date back to a Muslim fortress from the Caliphate period (X century), the aspect that we appreciate today in its structure is due to the impressive work of military architecture that the knights of the Order of Saint John of Jerusalem put up, after the transfer by Alfonso VIII of the old fortification and the Alfoz de Consuegra to the Order.

It should be noted that this castle is located on Cerro Calderico, a rocky crest that rises above the La Mancha plain and consists of three defensive enclosures and has been restored in recent decades.

But this hill is known above all because it houses twelve of the thirteen traditional windmills that had, all of them baptized with names taken from the immortal work of Don Quixote. Four of them keep the machinery in good condition. The Sancho Mill stands out, sixteenth century, scene of the Feast of the Saffron Rose of Consuegra.

Arch of the Plaza-Clock Tower and religious architecture 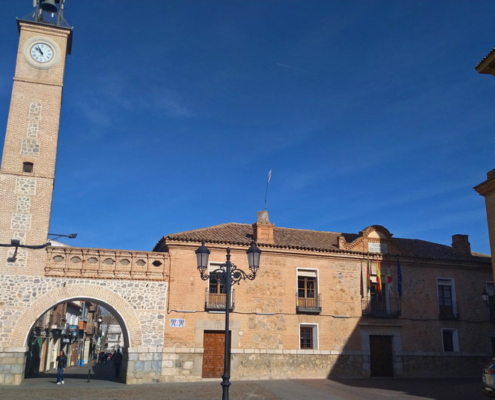 Arch of the Plaza in Consuegra

Represents the great symbol of the history of the city. On the very arch of the Plaza de España in Consuegra is the clock from 1820. further, of this Renaissance architecture there is a wide representation of religious architecture such as the hermitage of the Holy Christ of Veracruz, with its white marble facade; the parish church Santa María la Mayor, with its Mudejar crypt; the Convent of the Mothers of the Immaculate Conception, that recreates the Mudejar Gothic. 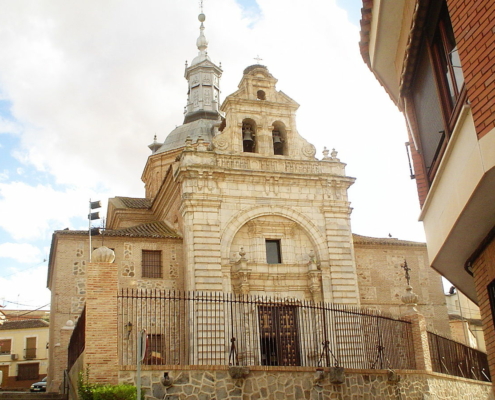 One of the temples most loved by the citizens of Consuegra, since it welcomes the figure of the pattern. This baroque building built at the end of the 18th century was built on a site of the old ruined hermitage as it is a building made of mud. 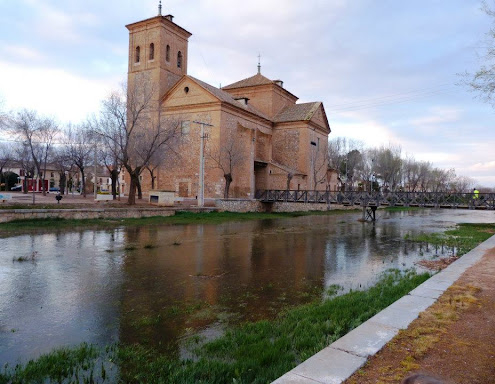 The churches found in Consuegra are the following: Parish Church of San Juan Bautista, Church of San Rafael and Santa María la Mayor. Until 1567 it only had the parish of Santa María la Mayor, but due to the increase in population it was considered necessary to build another parish. The church of San Rafael is located in the neighborhood of El Imparcial and is Castilian-Mudejar style. Its architect was Ortiz de Villajos and he was also the architect, next to his brother, of designing this neighborhood of Consuegra. Finally the parish church of Santa María la Mayor is located in San Antonio and on its facade appears the date of 1723 in which it is indicated that the friars built the building to be able to move from the convent of San Pedro de la Vega to the interior of the city.

During your visit, it is recommended to make an almost mandatory stop for all who pass through here, such as the Scorching restaurant cinnamon and lemon, which is decked out in a peculiar way and living up to its name, in which they are specialists in dishes from the region as well as having grilled meat from their own breeding.

10 things you cannot miss in Segovia
Scroll to top
This site uses cookies to improve your experience. If you continue browsing we understand you accept its useTo accept Plus
Use of cookies