At Scorching Restaurant Canela y Limón it has become a benchmark for Consuegra residents in every way. From the founders of Gastrobar El Pesca, Jose and Mamen, originated this magnificent idea to specialize this grill with avant-garde cuisine and barbecue, especially, with meat from Own breeding of both Iberian pig and Scorching yearling veal, top quality meat with exclusive cuts offered by its menu.

Restaurant with quality cuisine in Consuegra

Located in the same square of Spain in Consuegra and paid together with Gastrobar El Pesca, this restaurant offers a gastronomic menu based on innovation and avant-garde tradition. Its cuisine is based on typical tapas, quality starters, first courses and homemade desserts.

In Scorching Cinnamon and Lemon to snack we can find an excellent Iberian ham of field bait cut by hand, old manchego cheese or, a spectacular tataki of yearling beef with pistachio praline from La Mancha. This plate, the truth, has become a benchmark thanks to its pairing of flavors and delicious texture.

further, If you are a salad lover, this will be your favorite restaurant since there is a very varied and sublime offer such as smoked cod and orange salad or a novel pickled beef salad with tomato., spring onion, sweet piparra and extra virgin olive oil. Iberian pork also has a place in salads as there is also the Beijing-style Iberian pork lardon salad. 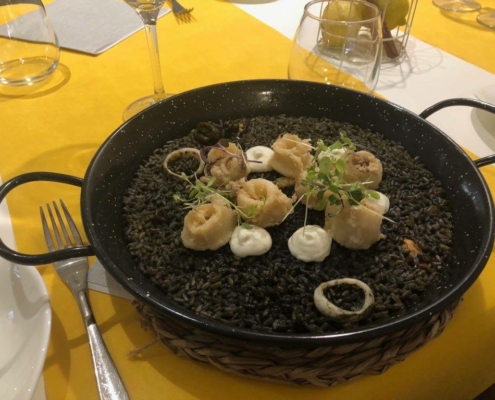 Likewise, as for the starters, Scorching Cinnamon and Lemon treasures numerous dishes for all tastes, since we can see from the well-known homemade croquettes of Iberian ham or fried octopus, cod tenderloin, to the magnificent black rice with ali-oli and baby squid in tempura. If you opt for the traditional, there will always be the broken eggs with venison mince and potato straw. 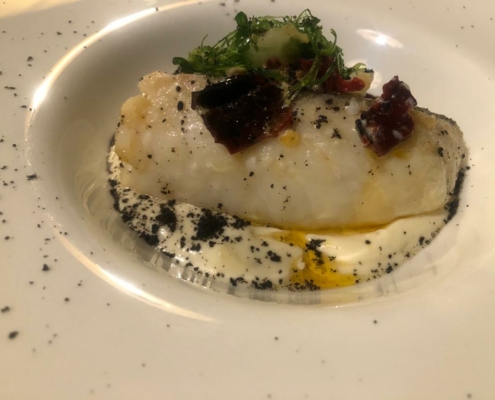 Specialty in the kitchen of grilled meat 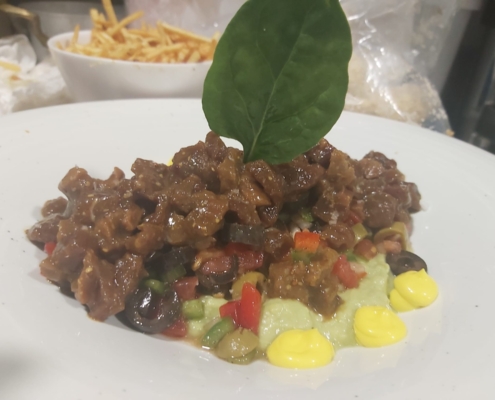 The grilled meat are a specialty of the house, especially Parillada Abrasador, as well as its meat dishes, among which the Iberian loin Tournedó and other meats such as the Toledo-style partridge stand out. It should also be noted that they are made with ecological coconut shell charcoal., free of dirt and soot, so that meat with a calorific value three times that of oak charcoal are produced without harming the environment, thus achieving a result of texture and great taste.

Linkedin
The transformation of the Circular square

Viewpoints in Las Lagunas de Ruidera
Scroll to top
This site uses cookies to improve your experience. If you continue browsing we understand you accept its useTo accept Plus
Use of cookies