At Grupo Abrasador we wanted today to offer a series of keys to recognize a good Iberian field bait ham, like the ones we produce on the Scorching Group family farms, since the year 1996.

Genetics and Breed to obtain a good Iberian Ham

The Scorching Ham comes from an Iberian breed pig, characterized by being a ham from a pure Iberian mother and a father of the Duroc breed. This crossing is adequate to obtain adequate infiltration..

These animals are raised by the founding livestock family of Scorching with the utmost care and dedication, on own farms, where the different rooms are tempered with temperature plates to provide heat in winter and with adequate ventilation for summer, looking at all times the well being animal.

Once they exceed two months, we adapt them to the outside by opening the first days of the animal's life, a few hours a day so, little by little, they adapt to the outside and after a few days they access the outside as they wish, for the whole day. 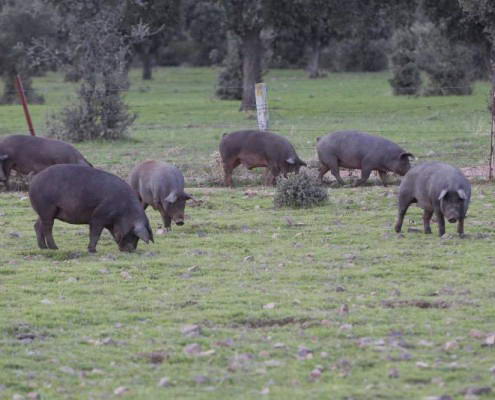 Age and where Iberian pigs are raised

When animals exceed 6-8 months, and even the 12 months, they are raised abroad on semi-extensive farms with several hectares, where they can enjoy freedom and open spaces, with grasses, here, estate, etc that together with its water sources installed throughout the entire farm and its contribution of natural cereals and legumes and with the contribution of high oleic oils for a particularly careful diet.

This is one of the keys why Scorching Iberian meats later provide a greater amount of Omega 3 and this together with the fats colloquially called healthy (monounsaturated and polyunsaturated ) of the Iberian pig, make it a very healthy diet. 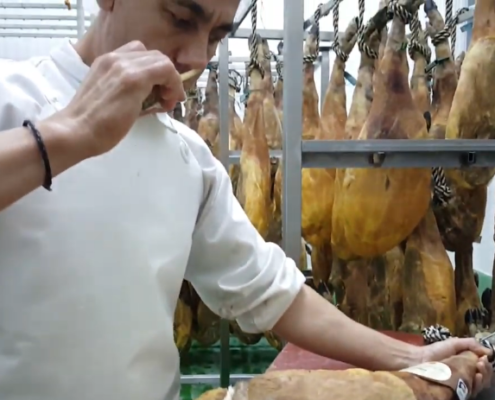 The importance of including Iberian ham in heart-healthy diets has forced administrations a few years ago to strictly comply with Iberian regulations.

Scorching hams have an approximate cure of 28 a 30 months and this is one of the keys so that they are always well established and at their perfect point to cut with a knife and taste with all the guarantee.

The Scorching Ham is cured in rooms with the temperature and humidity controlled and suitable for each moment, for a correct curing and with the drafting process and the corresponding review to confirm that all the hams are in perfect condition. After the draft, by adding butter and olive oil, we achieve good protection and greatly improve its appearance, always with the best natural products, without additives or chemicals that can alter its quality.

The three cove points are: the junction of the femur with the hip, the exit of the femoral vein and finally the union of the tibia and fibula with the femur. Once the cove is removed, the different aromas released are analyzed to verify their perfect condition. 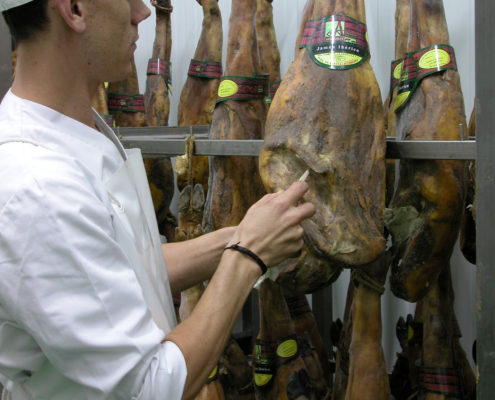 The current regulations regarding the Iberian Standard and its labeling establish the following types:

In the Montes de Toledo

All that happens in Menasalbas, in our Montes de Toledo where we have all the animals cared for with a exhaustive control of these. Our Scorching pig It has a high protein content of high biological value, in an Iberian ham the protein content is around a 28% weight per serving and contains a high dose of vitamins, in which thiamine stands out, vitamin B6 and B12, niacin and riboflavin, all of them necessary to achieve muscle growth and regeneration. The contribution of minerals such as iron, zinc, match, magnesium and potassium to promote hydration and maintain electrolyte balance. 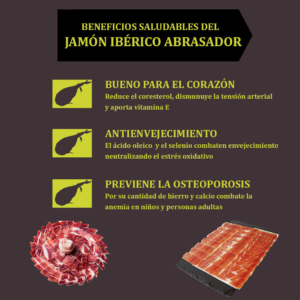 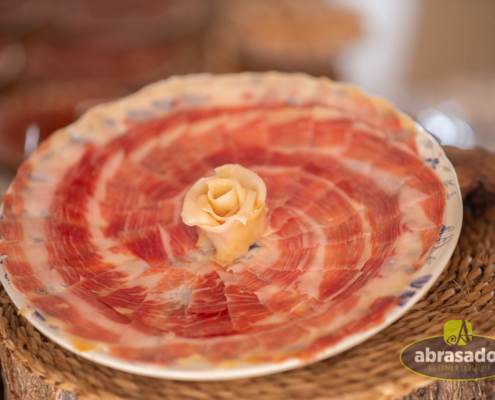 further, It is own-aged Iberian ham can be enjoyed in various presentations. In Scorching we provide different pieces for consumption in our Online store how can the shoulder be, boneless ham, sliced ​​by machine or cut with a knife by our Scorching knife cutting team where some of the best ham cutters in the country are found. And it can be on a tray 60 O 100 gr of Iberian ham and vacuum packed.

Here is a video with more than 11.800.000 visualizations that have gone viral in networks with Carlos Muños the official cutter of Grupo Abrasador showing some tips for Opening and Cutting of Iberian Ham with a knife 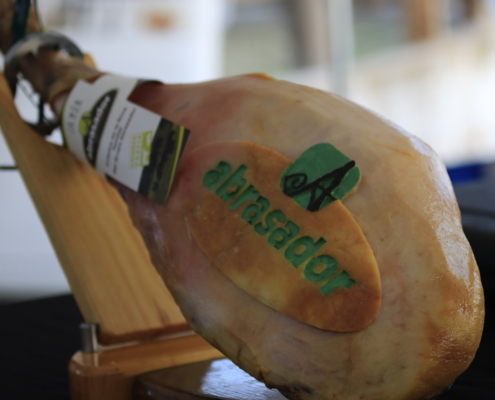 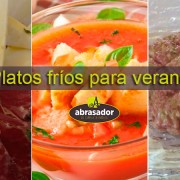 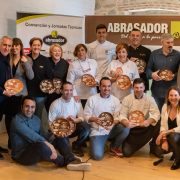 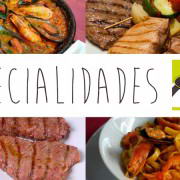 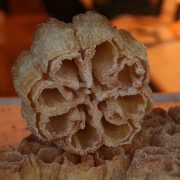 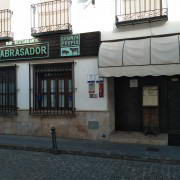 TIRITAS OF VEAL WITH VEGETABLES

What can I give this year for Christmas?
Scroll to top
This site uses cookies to improve your experience. If you continue browsing we understand you accept its useTo accept Plus
Use of cookies